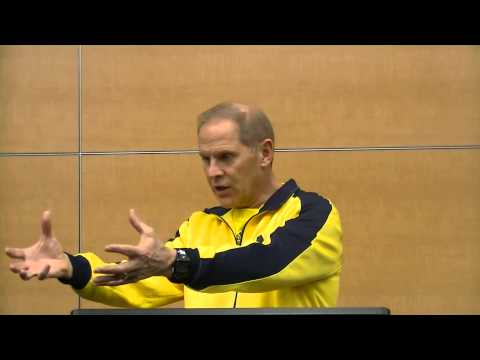 John Beilein spoke with the media on Monday about his team’s first road win, what they need to do to close out games more soundly, Caris LeVert’s role and more. You can watch using the embedded media player below or read pulled quotes after the jump.


Opening statement: “So here we are again. It’s very common now to have a day off and a two-day prep and then no day off and a two-day prep, so we’re into those and we have another one. So, it’was important for us to get the win at Bradley and get back to get ready for this Western Michigan team that’s very young and very good. They have one freshman who’s playing but everyone else has been there, knows the system, knows the culture, runs the heck out of their stuff. They’re very well-coached and again we have to come to play. I think we really have a really good non-conference schedule of teams that are going to challenge us and I think this is another one.”