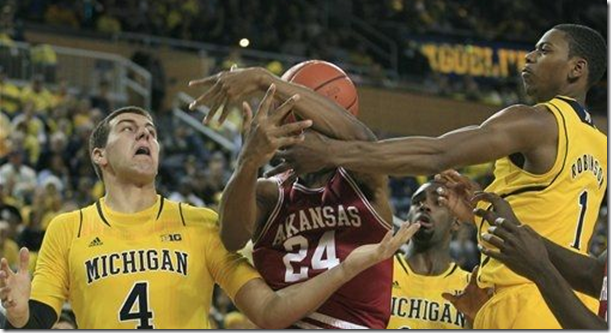 Michigan moved to 9-0 with an 80-67 victory over Arkansas on Saturday afternoon. The Wolverines were in cruise control in the first half but allowed the Razorbacks to claw back into the game with an early second half run. Michigan’s win hinged on dominant offensive rebounding and a balanced attack that saw all five starters reach double figures. Here’s your post-game discussion thread, full coverage to follow.