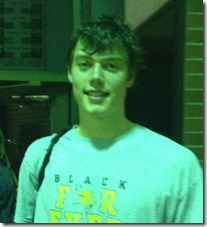 One of Michigan’s top targets in the Class of 2014 will not be taking the floor again for quite some time.

Fort Myers (Fl.) Bishop Verot center Ricky Doyle had his left foot examined on Tuesday and it was discovered that he has a stress fracture. He had not played in Verot’s last two games because of what Vikings coach Matt Herting said the team thought may have been a high ankle sprain. Doyle and the Vikings got word that he had suffered a fracture on Tuesday, the opening day of the City of Palms Classic.

Doyle watched his team from the sideline during its 49-48 victory to Fort Lauderdale St. Thomas Aquinas in the preliminary round of the City of Palms Classic in Fort Myers on Tuesday and he may be doing so for quite some time. The nearly 6-foot-10 big man won’t play at all this week and may not return to action until the Vikings’ district tournament in early February.

“The good news is it’s not a knee injury or something that will harm him for the future,” Herting said. “He had been having some pain in it for a week and a half and we just found out (Tuesday) that he’s going to be out for a while.”

The injury is particularly disappointing because Doyle was having such a great start to his junior season. In his team’s first five games, he averaged 23.6 points per game on 73 percent shooting. He averaged 6.4 rebounds per game and 1.6 blocked shots in those games as well.

Herting said he was unsure when Doyle would be healthy enough to return but did specifically mention the first week of February as a time that he hoped would be back.

This week at the City of Palms Classic, hosted by Bishop Verot, would have been a great chance for Doyle to earn some more national exposure as recruiting analysts and writers from nearly every major website and scouting service is in Fort Myers this week. Because he won’t play, he may still fly under the radar in the 2014 rankings. Recruiting analysts did not have a chance to evaluate him much last summer because he chose to only play summer basketball with his high school team.

The injury should not greatly impact anything in Doyle’s recruitment. He plans to delve into taking official visits after his high school season ends and is still receiving interest from schools like Michigan, Ohio State, Purdue, Washington and Miami (FL.). Fans still should not expect a decision from Doyle until he officially visits – official visits can legally begin in January for class of 2014 prospects – the schools that he is most interested in.