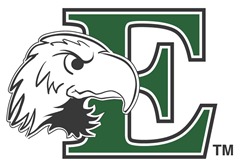 Michigan looks to remain perfect this evening as it hosts its neighbors to the Southeast, the Eastern Michigan Eagles. The Eagles travel less than six miles to tonight’s game with a 6-3 record that includes a big win over Purdue earlier this month. Eastern Michigan’s other five wins aren’t quite as impressive – two over Non-D1 schools and three over teams ranked 257th or worse by Ken Pomeroy – but Rob Murphy’s roster which includes nine players from the state of Michigan will certainly be fired up to have a shot at Michigan.

The Wolverines will be looking to take care of business over the holidays, wrapping up two final non-conference games before embarking on a grueling 18 game Big Ten schedule in January. Wins over Eastern and Central Michigan before the new year will give Michigan its first perfect non-conference record since 1985-86.

Eastern Michigan’s program is stuck in a rut of offensive ineptitude. The Eagles ranked worse than 320th in adjusted offensive efficiency in each of the last two seasons and don’t appear any better this year at 321st. Simply put, Eastern Michigan struggles to make shots from anywhere on the floor. The Eagles are shooting just 39% on twos and 28% on threes for a 40% effective field goal percentage. Eastern does a solid job on the offensive glass, rebounding 34% of its missed shots, but struggles to get to the free throw line and avoid turnovers. The Eagles have surpassed the 1 point per possession plateau just four times this season and only twice against Division I teams: against 328th ranked Texas Pan American and 321st ranked Eastern Illinois.

Defensively, the Eagles are more competent thanks a 2-3 zone (borrowed from Syracuse) that’s fairly effective. Eastern Michigan does a great job of forcing misses – 45% on twos, 28% on threes, 44% eFG% allowed – and turnovers (24% turnover rate forced). The Eagles are one of the best blocking teams in the country, blocking 17% of their opponents field goal attempts, but their defensive rebounding suffers as a consequence of the over aggressive style of play. Eastern Michigan opponents are rebounding nearly 40 percent of their missed shots this season.

Michigan’s offensive strengths play directly into the strengths of Eastern’s defense. The Wolverines are a great shooting team – especially inside the arc where they avoid blocks and connect on nearly 58% of their twos – and rarely turn the ball over. Assuming that Michigan is able to handle Eastern’s ball pressure, the Wolverines should to be aggressive crashing the glass to exploit the Eagles’ inability to clean the glass after missed shots.

One cause for concern is that Michigan has struggled against zone defense this season. Per Synergy Sports, the Wolverines are scoring just .84 points per possession against zone defense, far below their half court average. Michigan settles for spot-up jumpers on 55% of its zone offensive possessions and has just a 45% effective field goal percentage in those scenarios. Tim Hardway Jr. is scoring 1 point per possession against zone but Trey Burke and Glenn Robinson III’s numbers are way down at just .625 and .444 points per zone possessions respectively. Meanwhile Nik Stauskas has been lethal, scoring 1.5 points per zone possession with a 82% effective field goal percentage.

Syracuse transfer and former Detroit Country Day big man DaShonte Riley anchors the middle of the Eagle defense. Riley is a top ten shot blocker nationally and effective on both backboards but he struggles to put the ball in the basket. He’s shooting just 38% on twos and 39% on free throws this season. 6-foot-8 Glenn Bryant joins him on the block. Bryant is a slightly more effective offensive player but he rarely creates his own shot as the majority of his offensive production comes from transition buckets, offensive put backs and cuts to the basket.

Derek Thompson is by far Eastern Michigan’s most efficient offensive player. He’s attempted 60% of his field goals from three point range, connecting on 38%, and is the Eagles lone three point threat. He’s made 23 threes while his teammates have made just 14 threes combined in nine games. He’s joined in the backcourt by 5-foot-11 freshman Jalen Ross, who is the leading Eagle assist man but has major turnover issues and hasn’t proven he can hit shots at the Division I level, shooting just 26% on twos and 17% on threes.

6-foot-6 Daylen Harrison is a physical wing forward who can rebound on both ends and slash to the bucket offensively. J.R. Sims and Jamell Harris provide shotblocking off of the bench without much scoring while one time Michigan target Ray Lee plays backup minutes at guard. Lee dominates the ball in his playing time but hasn’t quite found a groove thus far.

The Eagles average just 62 possessions per game, 338th nationally, and are more than willing to slow the game down and muck things up. Ken Pomeroy projects a 69-46 Michigan victory, giving the Wolverines a 99 percent chance of remaining perfect on the season. Eastern Michigan has the ability to slowdown Michigan’s offense for stretches but doesn’t have the offensive horsepower to keep up with this Wolverine squad.