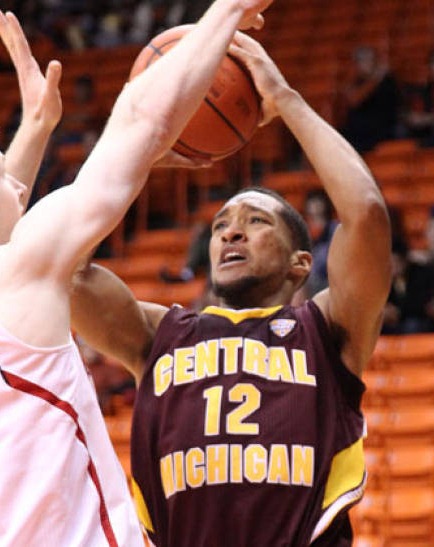 Michigan wraps up its non-conference slate and looks to remain undefeated on Saturday as it hosts Central Michigan, its fourth Michigan-directional school of the 2012-13 season (third in regular season play). First year CMU head coach Keno Davis spent last season in the broadcast booth at the Big Ten Network but is off to a decent 7-5 start in charge of a young and inexperienced Central Michigan squad. Davis’s team will hope to repeat the fate of the last Chippewa team to travel to Ann Arbor with an upset win.

That game was just five years ago but likely feels like ages ago to Michigan fans and coaches alike. That was John Beilein’s first season in Ann Arbor and Ernie Zeigler’s team upset the Wolverines at home in what remains one of Beilein’s worst losses at Michigan. Michigan’s program is now surging, undefeated and ranked second in the country, while the Chippewas are attempting to rebuild under a new coach.

Central Michigan’s defense should be in a for a long night against Michigan’s high octane offense. The Chippewas rank 300th in Ken Pomeroy’s defensive efficiency, meaning this will be the third worst defensive team the Wolverines have faced this season as only IUPUI and Binghamton touted worse defensive units. Central Michigan’s defensive woes start inside, where opponents are connecting on 53% of their two point attempts. The Chips do a good job of avoiding foul trouble but that comes at the expense of a barrage of open shots – both inside and outside (36%) for an eFG% allowed of 55%. Central Michigan does a decent but unspectacular job on the defensive glass and fails to force many turnovers. Michigan’s offense, which is extremely efficient inside the arc, should have very few problems scoring the ball against the Chippewas.

Offensively, the picture is more encouraging but only slightly. Central’s offense ranks 204th in Ken Pomeroy’s adjusted offensive efficiency and is decidedly perimeter oriented. 44% of the Chippewas’ field goal attempts originate behind the three point line and they manage to connect at a respectable 35% clip on those long range efforts. The decision to shoot from the outside is a good one because interior scoring has been a problem. Central Michigan is shooting just 44% on two point attempts this year and its only saving grace has been its ability to get to the line when attacking the bucket. Avoid fouling, something Michigan does better than anyone else in the country, and the Chippewas will struggle to score inside.

5-foot-10 UNC Greensboro transfer Kyle Randall (right) leads the Chippewas in scoring. Randall uses over 28% of Central Michigan’s possessions and shoots a better percentage on threes (40%) than twos (37%). He does a good job of drawing fouls but his ineffective two point shooting plagues his overall efficiency.

6-foot freshman Chris Fowler joins Randall in the backcourt. Fowler is a great setup man, ranking 13th nationally in assist rate, and gets to the line regularly. His Achilles’ heel is his shot. He’s only attempted five threes all year (making two) and shoots just 59% at the line.

Fifth year senior Zach Saylor injured himself in late November and hasn’t played since, leaving John Simons as the only CMU rotation player 6-foot-8 or taller. Simmons is extremely efficient, making 75% of his twos and 42% of his threes, but seemingly underutilized while accounting for a team-low 16% of Central’s offensive possessions.

Austin Keel and Olivier Mbaigoto start on the wings with Blake Hibbitts serving in a supporting role. Keel is shooting just 23% on triples but that remains his shot of choice with 63% of his attempts coming from behind the arc. Mbaigoto has a solid 6-foot-6, 200 pound frame which he utilizes on the glass as the Chippewas best defensive rebounder. Hibbits is a shooter with size, at 6-foot-7, the freshman has connected on 38% of his 71 three point attempts and has hoisted just nine shots inside the arc.

Central has faced two high-major opponents, both Big Ten schools, and struggled. Iowa beat the Chips by 12 in their season opener while Nebraska recently prevailed by 14 points on a neutral court in Texas. Bradley, who Michigan beat in Peoria earlier this year, knocked off CMU in Mount Pleasant by 17 points in late November.

The Chippewas don’t appear to have the size, depth, talent or defensive mettle to match-up with Michigan and Ken Pomeroy’s computers agree. KenPom projects an 82-53 Michigan victory, giving Central Michigan just a 1% chance at pulling the upset.