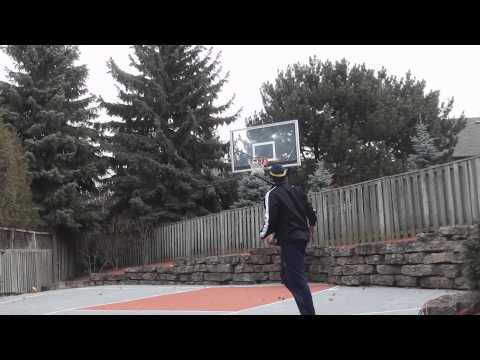 Last Thursday during Michigan’s game against Eastern Michigan, Mitch McGary logged the best stat line of his career as a Wolverine: the freshman scored 10 points, all in the second half, and grabbed 11 rebounds in just 18 minutes of playing time.

On Christmas Eve, McGary received an early gift in recognition for his efforts, earning Big Ten Freshman of the Week honors.

“That was really good for him,” Beilein said. “It’s always good for him right now to have that type of feedback.”

McGary struggled a bit early in the season because of his conditioning, which had suffered due to a foot injury. Now, it appears McGary is on track to log more minutes and further improve.

Beilein said he and the other coaches work with McGary individually to give him the time he needs to get to where they would like him to be this season.

“His conditioning has improved greatly. He’s just like all the rest of our freshmen. There’s a learning curve that’s all different for them. He’s getting better and better. The habits you form to play bigger, to make the right decisions, they all take time,” Beilein said. “We work a lot extra with him. I was just in a film session with him now, just looking at different things that he can do to improve his ability to – to enhance his learning curve.”

McGary has shown flashes all season of his tremendous athletic ability and relentless playing style. Beilein emphasized the importance of McGary’s improvement, saying the play of his big men is nearly as important as the point guard.

Other freshmen continue to please, not surprise

Media members have been trying to get John Beilein to say that his freshmen have “surprised” him all season, but the coach still won’t budge. To Beilein, freshmen are so unpredictable that whatever they give a team, good or bad, isn’t really a surprise because there shouldn’t be any initial expectations.

“‘Surprised’ is always a word you guys love to ask me, and I just don’t know how to answer it,” Beilein said. “Anything that a freshman does is unexpected, even if he’s bad, if he starts out with a tough start or if he starts off with a great start. I don’t know what to expect out of freshmen, even after 35 years of them.”

Whether the freshmen have surprised Beilein or not, it’s impossible to deny that they have had a huge hand in Michigan’s success so far. All five freshmen are in the rotation while both Nik Stauskas and Glenn Robinson III are averaging double figures. The freshmen have scored the ball efficiently as well, Stauskas is making 58 percent of his shots from beyond the arc, and  boasts an effective field goal percentage of 60 percent.

Beilein acknowledged that these particular freshmen are a rare breed in all his years of coaching, but was quick to mention that they still have a ways to go and will see plenty more difficult teams as the season wears on.

“I think this is a freshman group that has shown us great progress, probably as good as any we’ve ever had,” Beilein said. “They have made great progress. Now, the Central Michigan game and the Big Ten will provide more challenges to them, and they’ve got to just keep adjusting.”

For his part, Stauskas is making sure he’ll be ready to make any adjustments that come his way. The freshman even worked out on Christmas Eve — and filmed it:

Beilein said he saw the video and remarked that Stauskas has a pretty nice backyard setup at his house. Beilein’s backyard court growing up was slightly less impressive.

“I had dirt until about seventh grade, and that was really good. If it was cold out you could dribble the ball on the dirt. I learned that,” Beilein said. “I could dribble before the bus came in the morning. Sometimes with a soccer ball, believe it or not. Gradually, we got a paved court.”

Still no timetable on Horford injury

Beilein said Jon Horford isn’t full-go in practice as of yet, but has been doing drills and getting shots up on his own. He is definitely out against Central Michigan and probably for a while longer.

“He’s progressing well, but he will not be playing,” Beilein said. “He’s not ready yet.”

Surgery has not been discussed as an option. When asked if he still thought Horford would return this season, Beilein said he did.

Until then, Michigan will look to Max Bielfeldt to step up in Horford’s absence. The redshirt freshman has 17 rebounds, eight offensive, in six games.

Additional notes: Beilein said all of the players did well academically during the past semester. “Everybody is ready to roll.” … Beilein won’t know until after the season if he prefers playing all of his non-conference games at the beginning of the season or reserving one for midway through the Big Ten season. Traditionally, Michigan has played a non-conference game during Big Ten play, but this year all non-conference games will be through after Central Michigan. Beilein had a conversation with Matt Vogrich when the latter lost his starting role. “We met, and I gave him the decision. I just told him, ‘keep working hard.'”