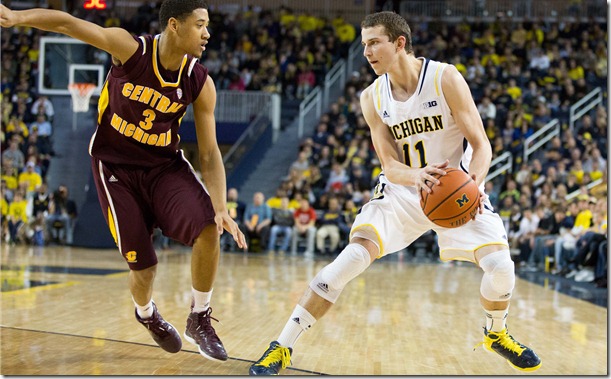 Michigan’s quest to defend, or perhaps validate, its shared Big Ten crown begins this evening with a road trip to Evanston, Illinois. The Wolverines will take on Northwestern at 7 p.m. (eastern) in a nationally broadcast game on ESPN2 with Dave O’Brien and Sean Famham on the call

While there remains no official update on Tim Hardaway Jr.’s ankle injury, the junior is dressed and on the floor for warmups in Evanston.

Join in the discussion before, during and after the game in the comments section below.