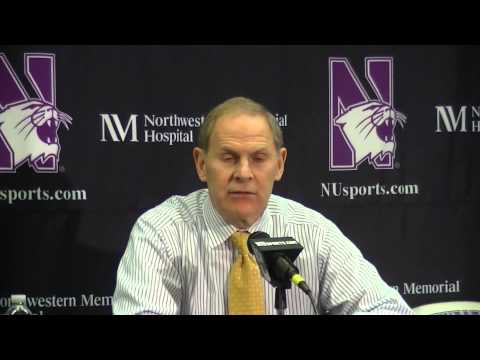 John Beilein spoke with the media after Michigan’s most dominant conference road win since 1964 (H/T: Nick Baumgardner). The Wolverines defeated Northwestern 94-66 in a game that was never in doubt after the first five minutes. You can watch the full press conference using the embedded media player below or read selected notes and quotes after the jump.


Opening statement: “I was really proud of the way our team played this game, prepared for this game. I really feel bad that Northwestern has been hit with so many injuries. Certainly, while they have good young talent, between Hearn, Crawford, those are huge losses. If we lost people like that, we would have the same issues they have. Just inexperience playing in the Big Ten. We certainly hope Hearn gets healthy soon, because he’s a heck of a player. But we had everything going. Everybody played well. That’s what happens. When you play well, everything was going our way.”