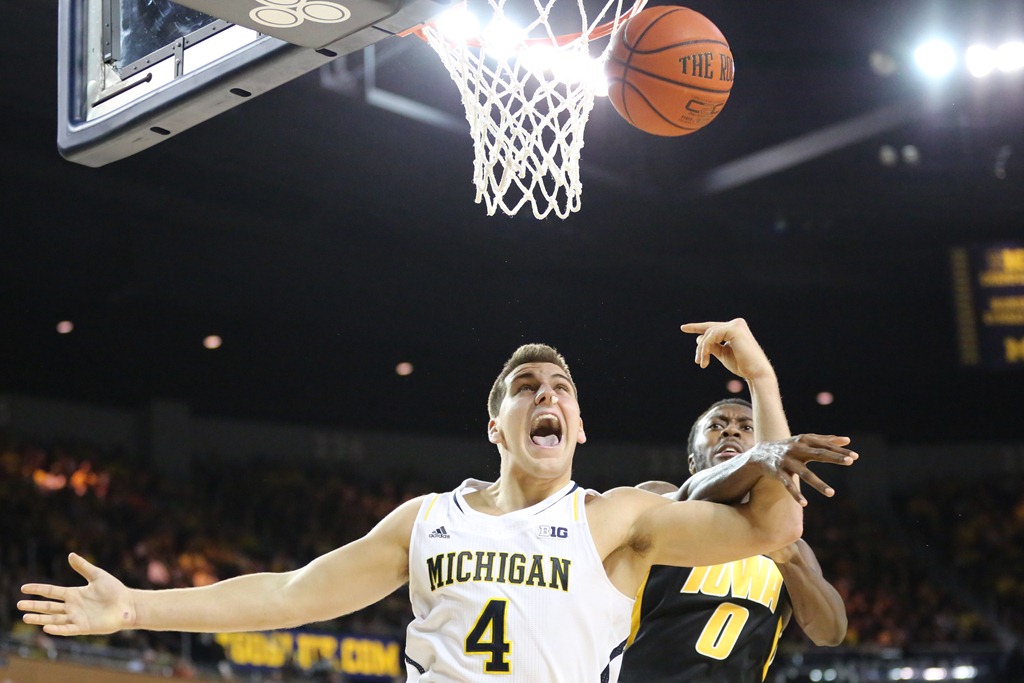 Two games isn’t nearly a large enough sample size for these numbers to mean much – they are still more about who teams have played rather than how they’ve played – but it’s impossible to look at this chart and not be mesmerized by Michigan’s offense. The Wolverines are scoring points at a frenzied rate and leaving no mercy on their opponents. And while Iowa and Northwestern don’t appear to be world beaters, their statistics are undoubtedly skewed by their unfortunate performances against the Wolverines.

Minnesota also deserves credit for an impressive opening week. Throughout non-conference play there were whispers that this might finally be the season that Minnesota breaks through and contends for the league title and the Gophers took a legitimate step toward proving that might be the case. A season opening win over Michigan State was big but this week provides a true opportunity with road trips to Illinois and Indiana. Win just one of those games and it’s time to consider the Gophers as a real Big Ten title threat.

Indiana took care of business in its first two games but isn’t scoring points at nearly the rate we’d expect given the options that Tom Crean has to work with. However, the Hoosiers account for two of the four games that Big Ten teams won on the road thus far. Wisconsin is off to a strong start, playing defense at a high level, but do the Badgers have enough firepower to contend with the league’s elite? We’ll have to see it to believe it.

Purdue had a tough go of things in non-conference play. The Boilermakers went 6-6 out of the league including a loss to Eastern Michigan and looked like a team destined for the bottom of the conference. An early win over a top-half team, albeit at home, is a nice feather in the cap for a Purdue team that hopes to at least be competitive on its home floor this season. While there will certainly be better games this season, this one had the makings of an old-fashioned Big Ten match-up. After Illinois led throughout much of the first half, a late 20-4 Boilermaker run tilted the scales back in Purdue’s favor before Illinois responded. The Illini crawled all the way back in the game before the play of the game, DJ Byrd’s offensive rebound (his only rebound of the night) off of a missed free throw (and the ensuing sliding time out) with 21 seconds to play, clinched things for the Boilermakers. For Purdue, this win provided hope and a fresh start. For Illinois, the loss served as an early reminder of just how hard it is to win road games in this league.

The surprise here isn’t that Illinois bounced back from losing at Purdue and beat the Buckeyes at home. The surprise is just how emphatic of a beating Thad Matta was handed by his former assistant coach John Groce. The Illini offense was solid but the story of this game was how well Illinois defended the Buckeyes. Ohio State managed just .74 points per possession which is a sort of offensive ineptitude that Big Ten followers simply aren’t familiar with seeing from Matta’s team. The dismal offensive performance marked just the third time the Buckeyes were held below .8 points per possession in a Big Ten game since the 2009-2010 season — and that’s against an Illinois team that’s hardly known for its defensive prowess. In fact the Illini are one of the few Big Ten teams not ranked in the top-50 nationally defensively and entered the Ohio State game after three consecutive sub-par defensive performances against Missouri, Auburn and Purdue. Ohio State could get nothing going as Deshaun Thomas scored 24 points on 21 shots and his teammates shot just 32% on twos and 21% on threes combined.

Burke is playing the point guard position to near perfection. He’s the catalyst of the league’s best offense and seems to be just as effective scoring by himself or setting up one of the versatile weapons around him. Burke earned Big Ten Player of the Week honors with his back-to-back strong performances and if he keeps playing this well he’ll be in the National Player of the Year conversation until season’s end.The showdown everyone wants to see will be Sunday in Columbus as Burke returns to his hometown to face off against one of the better defensive point guards in the league: Aaron Craft.

Disappointment of the week: Wisconsin 47, Nebraska 41

Bo Ryan won’t be disappointed in a road win, even at Nebraska. A Big Ten road win is a Big Ten road win and the Badgers are 2-0. But for the rest of us, even the tempo-free aware viewers willing to make an exception for a 56 possession game, this was just a brutal basketball game. The Badgers scored .84 points per trip in the win while Nebraska mustered just .73 points per possession. Both teams had effective field goal percentages under 42 percent. This was an abysmal offensive performance from both teams and bodes especially poorly for Nebraska, who travels to face a Michigan team averaging over six points per game more than Wisconsin and Nebraska combined to score in this one.

This edition of the Big Ten roundup is heavy on Michigan players but Michigan fans should be giddy about McGary’s performance against Iowa. The big man was dominant on the defensive glass and is emerging as one of the league’s best defensive rebounders along with Adreian Payne. But it was his big block on Iowa’s Aaron White that changed the complexion of the game and set the tone for Michigan’s emphatic run. McGary was once a top-five recruit and while he’s not producing at that level, he’s improving rapidly and John Beilein will savor his production in a handful of Big Ten games this year.

Manyof the Big Ten’s top teams face off in a high profile weekend of Big Ten hoops, including Michigan at Ohio State, but the game that could be most intriguing is Minnesota at Indiana. While the Gophers have a big game at Illinois early in the week, Saturday’s game at Assembly Hall should pit top ten teams against each other. While Assembly Hall is arguably the most intimidating arena in the conference, Minnesota might have some extra confidence after a surprising upset win in Bloomington a year ago. A road win for Minnesota would be validating but don’t overlook the importance of a big victory for the Hoosiers. Even at home, Minnesota would be Indiana’s most impressive win to date by a wide margin.