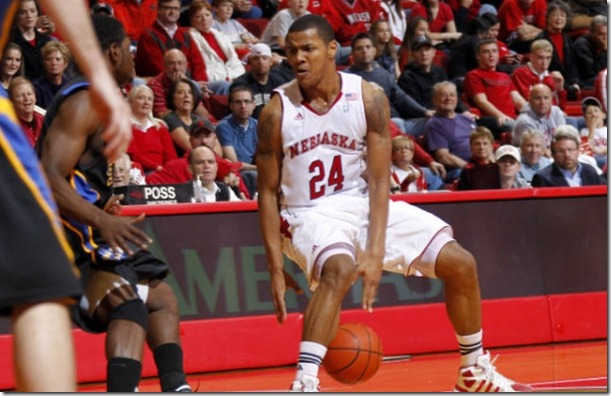 After a pair of truly dominant performances to open Big Ten play, Michigan will be rewarded with its easiest conference game of the season: Nebraska at home. On paper, the match-up is decidedly lopsided. The Cornhuskers have scored just 85 points total in two Big Ten games while Michigan has surpassed 94 points in each of its league contests. The Wolverines statistical profile is littered with statistics that are among the very best in the country while bright spots are few and far between on Nebraska’s profile.

Nebraska enters the game with a 9-6 (0-2 Big Ten) record and an offense that just can’t score points. First year head coach Tim Miles is learning all too quickly how difficult it can be to navigate the Big Ten with a team that’s not up to the challenge. The Cornhuskers are short on offensive options and have simply tried to slow games down to a crawl in hopes of keeping them close and grinding out victories on the defensive end. While Nebraska hasn’t been bad defensively, that’s not enough to win games consistently, especially in a league that is as talented as this year’s Big Ten.

Nebraska has the league’s worst offense and by a wide margin. The Cornhuskers have managed just 85 points on 122 Big Ten possessions and their seasonal body of work isn’t much better. Through two Big Ten games, Michigan is doubling the output of Nebraska’s offense on a per-possession basis. In four games against teams in Ken Pomeroy’s top 26, Nebraska has failed to surpass .72 points per possession – or 44 points – every time out. The Cornhuskers lack perimeter shooters (31% team three point shooting) and make an average-at-best 47% of their twos. Nebraska is a non-factor at the free throw line, attempting just 29 free throws for every 100 field goal attempts and rebounds only 26% of its missed shots — both of those metrics rank 300 or worse nationally. The only positive bullet on the Nebraska offensive resume is a respectable 19% turnover rate but extra possessions don’t do much without proven shot makers on the floor.

To their credit, the Cornhuskers are stronger on the defensive end of the floor, although their 99th ranked adjusted defensive efficiency is still the third worst in the Big Ten. The strength of the Nebraska defense lies on the defensive glass. The Cornhuskers rebound 75% of their opponents’ misses, which is the seventh best defensive rebounding rate in the country (but still just third best in the Big Ten). The Cornhuskers don’t force many turnovers but do a decent job of contesting shots, opponents are shooting a respectable 47 percent on twos and 35 percent on threes for the season.

Dylan Talley (above) is Nebraska’s leading scorer but nothing about his production is graceful. Talley shoots just 35% from the field, connecting on an identical percentage of twos and threes. Talley, a 6-foot-5 wing, is just 9-of-28 with two assists and six turnovers in his first two league games this season.

Talley is joined in the backcourt by Ray Gallegos and point guard Benny Parker. Gallegos is a 13 point per game scorer and the most efficient guard on the Nebraska roster. He’s effective finishing at the basket (58% on twos) but attempts nearly two-thirds of his field goals from three point range, where he shoots 32%. Parker checks in at 5-foot-9 and the true freshman is the best Cornhusker setup man despite an assist rate of  just 21% and a middling 1.6:1 assist to turnover ratio. You have to compare Parker’s last five games to match Burke’s last outing on its own. Burke tallied 12 assists and one turnover in his last game while Parker has accumulated 13 assists and nine turnovers in his last five. As for Burke’s last five games, the All-American has tallied 44 assists in that span, more than Parker has all season.

Nebraska’s most effective offensive options lie in the post with Brandon Ubel and Andre Almeida. Ubel measures in at 6-foot-10, 234 pounds while Almeida is a massive 6-foot-11, 314 pounds. Both players generally start although Almeida went down with a nasty looking ankle injury in Nebraska’s Big Ten opener. Head coach Tim Miles reported that he would be “surprised” if Almeida wasn’t able to give it a go against Michigan after missing the Wisconsin game. Both players convert fairly well around the basket, draw fouls and clean up the defensive glass. Nebraska will dump the ball into both players on the low block fairly often but Ubel is a slightly more versatile player, active in the screen-and-roll game, spotting up and cutting to the basket.

David Rivers and Shavon Shields provide a pair of slashing options off of the bench. The duo is a combined 4-of-23 from three point range and both players are much more effective attacking the bucket.

On paper, the Wolverines are the significantly better team in almost all facets of the game. Nebraska has been woefully inefficient on the offensive end against the better teams on its schedule and this game should prove no different. The lone area of intrigue appears to be Michigan’s post defense against Nebraska’s big and surprisingly effective front line players. Ubel isn’t Cody Zeller and Almeida isn’t Derrick Nix – far from it – but both players could serve as a nice defensive dress rehearsal for Jordan Morgan, Mitch McGary, Glenn Robinson III, Max Bielfeldt and Jon Horford (who could return from injury tonight) before facing more imposing Big Ten foes.

One element that might prevent the Wolverines from flirting with 100 points yet again is the fact that Nebraska will try to slow the game down. The Cornhuskers average just 63 possessions per game on the season and slowing games down allows them to keep things close – at least temporarily. However, Nebraska’s lack of any offensive fire power could cause even the slightest Wolverine runs to stretch the game out of control in a hurry. Ken Pomeroy’s computers give Michigan a 98 percent chance at victory and projects a 74-51 Wolverine win. Judging by both team’s Big Ten performances to date, that might be too kind.