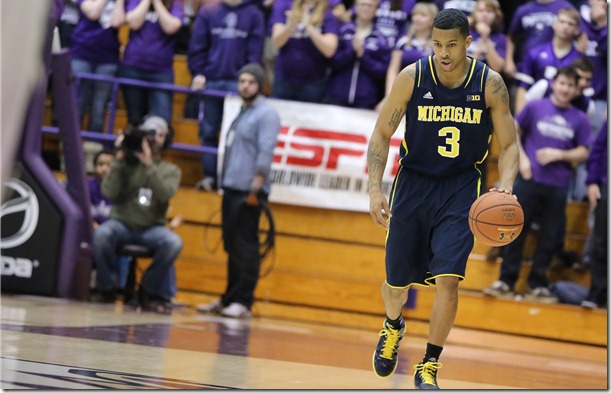 Michigan sophomore guard Trey Burke is one of 25 midseason finalists for the John R. Wooden Award.

Burke would be the first player from a high-major conference to average 18 points and seven assists per game in the last 15 seasons.

Burke is regarded as a legitimate Player of the Year candidate by many pundits. He ranks third in Ken Pomeroy’s kPOY ranking system, trailing Mason Plumlee and Russ Smith. CBS Sports also tabs Burke in the number three slot behind Mason Plumlee and Doug McDermott.

Cazzie Russell is the only Michigan player to have won National Player of the Year honors in 1966.