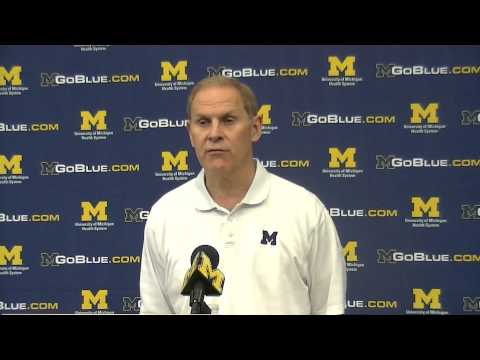 John Beilein spoke with the media on Saturday in preparation for his team’s matchup against Ohio State in Columbus on Sunday. You can watch the full press conference using the embedded media player below or read selected notes and quotes after the jump.


Opening statement: “It was good for us to have to have, for the first time in a long time, a three-day window between games. The players got to recuperate, the coaches got to go through the Nebraska game and clean up a lot of things we need to discuss. We really had a great skill period of practice yesterday where we did some things that Ohio State likes to do, but we also focused on ourselves more and what we need to do better. It’s going to be a great game tomorrow: 1:30, national T.V. Great team, that is very difficult to beat on their home court. We’re going to have to play really well.”