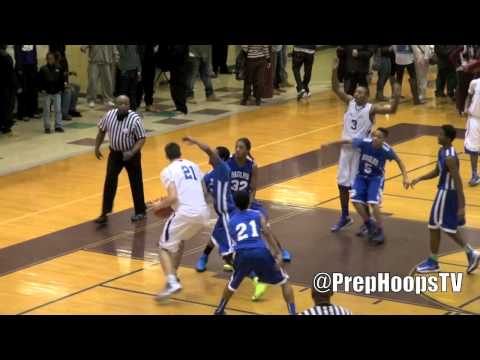 Miroslav Jaksic, a 6-foot-11 Serbian-born Canadian who has spent his high school years at Walled Lake Western High School, has been attracting some major interest during his senior season.

Jaksic appears to have all the tools of a high-major big man and college coaches are steadily beginning to notice.

“I’m a skilled big that has a variety of post moves inside. I can finish over either shoulder. I can shoot the ball for a big man, I’m really skilled for a big man,” Jaksic said. “I can run the floor, I can block shots, I just need to keep becoming a better rebounder.”

Jaksic was in attendance at Michigan’s College Practice Camp this past June and said the experience gave him some much-needed exposure in front of the Michigan coaches.

“It was a great experience. I got to play in front of the Michigan coaches. It was good competition there. They showed us the school, it was a great chance to go and meet other prospects in Detroit,” Jaksic said. “I think I showed them my skills, that I showed them that I can shoot from the perimeter, take it off the dribble a little bit. Some people label me a European big, but it’s because I work on all these skills. I think I just showed them that I’m a skilled big who can do a lot of different things on offense.”

Walled Lake Western has experienced steady improvement this season and now finds itself sitting at 6-2, thanks in a large part to Jaksic’s dramatic improvement from last season.

The senior forward said he worked with a trainer in the summer in lieu of playing AAU ball, and he is pleased with the results thus far.

“I worked out with my trainer, Jamie Stewart. We did a lot of skill work during the day. Every day I was in the game for about five to six hours, training or playing, every day. I took care of my body, I iced and stretched every day. I really hit the weight room this summer,” Jaksic said. “I’m still really skinny — for college and stuff I still gotta gain a lot of weight. But there’s been, to me, quite a bit of progress since last year. I’ve gained about 5 to 7 pounds. That’s a lot for me because it’s really hard for me to gain weight, so it’s good for me to be gaining even this much weight. I think my body’s starting to slow down, get more mature. I think I’m still growing a little bit.”

As far as interest, high major offers have just now begun to roll in for Jaksic. The big man said he has received interest from Miami (FL), Northwestern, Michigan and Duke. He received an offer from Northwestern a couple weeks ago and John Beilein has already attended two of his games this season, against Romulus and Walled Lake Central. Jaksic spoke with Beilein afterward.

“He was just telling me they were interested and stuff like that. Let’s get this process on the road,” Jaksic said. “He wanted to speak with my parents and they’re going to come and watch me for another game, maybe come to a practice.”

Jaksic has come away impressed with Michigan’s coaching staff, as well as the season the Wolverines are having.

As a versatile big man who can pass and score, Jaksic sees himself as a player who could be useful to Michigan and fit into the sort of offense Beilein likes to run.

He doesn’t know where he will end up, but Jaksic said he will continue to watch Michigan and the Wolverines remain a major player in his recruitment.

“It’s Michigan. It’s a great school, it’s in the Big Ten. The way they use their big men, I think it kind of fits me, a more skilled big man. Right now, they’re having an excellent year. They have a chance to win it all.”