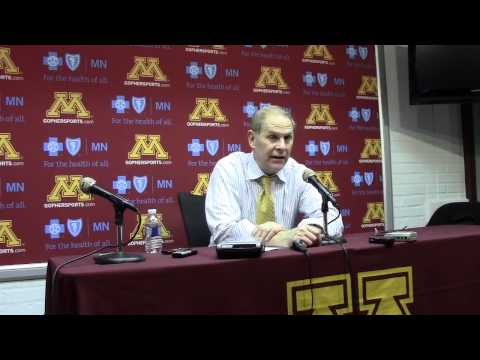 John Beilein met with the media in Minneapolis this evening after Michigan’s eight point win at Minnesota. Watch the video in the embedded media player below or find selected notes and quote after the jump.

“I really think that today was a great day for us to understand how good our defense can be. Early we set a tone, a really good defense to get a lead. Because we got transition baskets. We got stops coming out of the game and coming out of the second half. And those are two really give away points to just give us a little space. Tim Hardaway was just sensational in the first half, offensively and defensively. Then the second half – and everyone played pretty well. Everybody had their little spot. And that’s what can make this team good. If we have that type of performance off of the bench, we have that type of defensive intensity.  So it’s a great win over a really, really good team on the road. So, really pleased about it.”