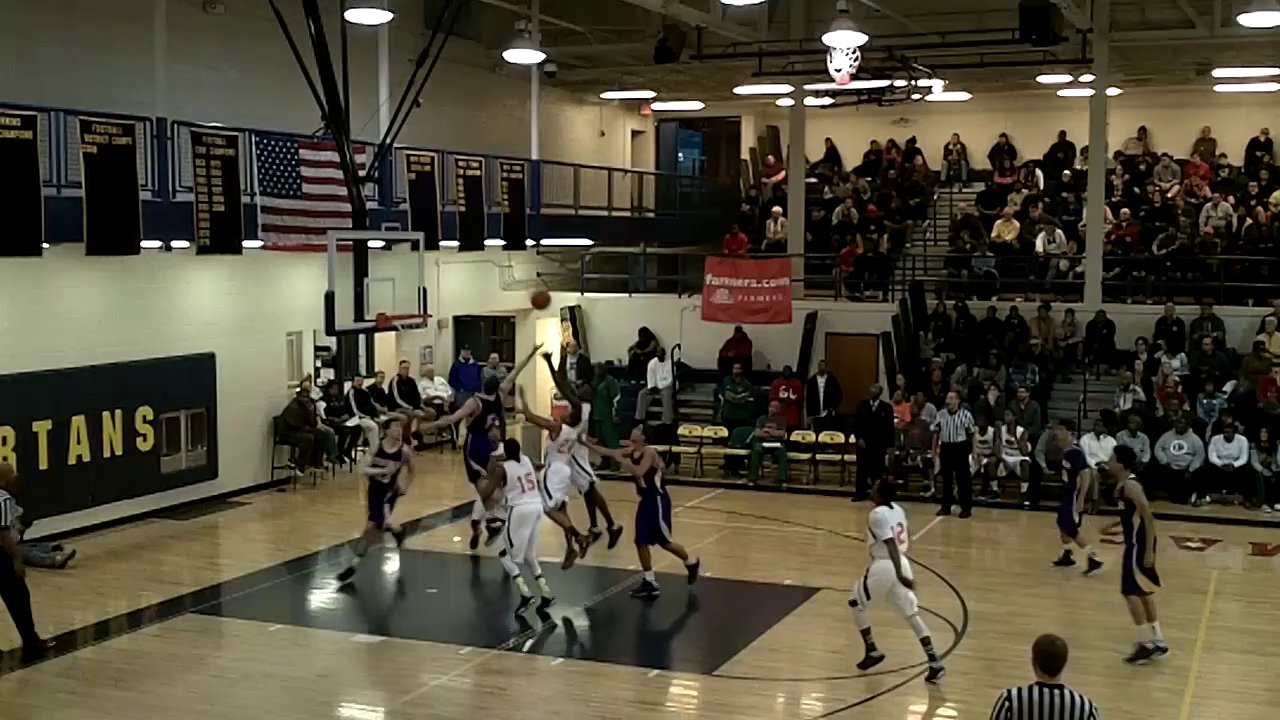 After the jump read our interview with Turner who discusses his contact with Michigan, his upcoming visit to Ann Arbor and more.

What did you think about your performance tonight?
“I think I could have been a little more aggressive. They sent a couple defenders at me when I was dribbling. I think the team, they outplayed us, they out-hustled us, they got more offensive rebounds than we did. They just did more things right than we did tonight.”

How has your game has progressed this season? Where have you improved and what do you need to work on?
“I think there’s a lot I still need to improve on. I’ve been working better on my ball-handling skills since coach wanted to put me at the 1, so I need to keep working on that. Just work on my techniques, my follow-through, getting low and just keep working on defensive rebounding.”

What schools have offered you a scholarship so far?
“I have 13. Arizona State, UMass, Northern Illinois, Toledo, Eastern Michigan, Central Michigan, Dayton, Oakland, U of D, Robert Morris and Penn.”

How often have you been talking to the coaches at Michigan lately and what have they been telling you about your game?
“The only one I’ve talked to is coach Beilein, and he said he loves my game. He said he wants me to come up for the game in February. That’ll be my first time going out there.”

What has Michigan been telling you about a possible scholarship offer?
“They said they’re going to come out to a few more games and evaluate me and build a better relationship and then they would decide after that.”

What other schools are you planning on visiting in the next few months?
“I’m not really sure. There’s none set and dated. I was hoping I can go up to Iowa and Northwestern sometime soon.”

Is there a school you’re leaning toward right now?
“Nope.”

Do you have a timetable for making a college decision?
“Most likely next year after AAU season.”

I know you started out as an Michigan State fan, but have recently starting following Michigan more. Why did that happen, and what do you like about Michigan?
“I like the football program. They have a great tradition. The Fab Five, I watched the documentary and just fell in love with the Fab Five.”

How much has Shane Morris been working on you, trying to get you to come to Michigan?

“He talks to me a lot. Mostly every day in the hallway, he’s just in my ear.”

What’s the No. 1 thing you’ve been working on lately?
“My ball-handling skills because coach plays me at the point guard.”

How much do you weigh now and have you put a significant amount of weight on recently?
“Yeah, I weigh 185 now. Last year, I only weighed like 160 or something like that.”

What are your goals both individually and as a team for this season?
“As a team, our goal should be a to win a state title, just like every other team. I think we have the team to do it. And my goal is just to keep progressing and help the team out.”