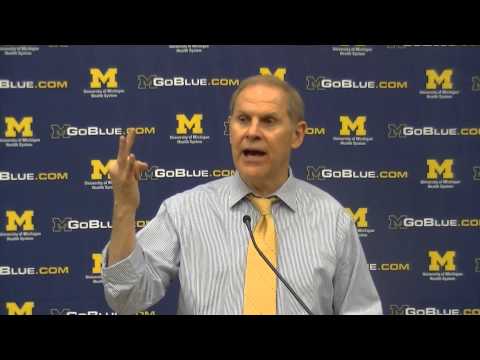 John Beilein spoke to the media during a post-game press conference following his team’s 68-53 victory at home against Purdue. You can watch the full interview using the embedded media player below and check out selected notes and quotes after the jump.


Opening Statement: “I really feel good about getting that particular win. I really admire Matt Painter and what he’s done at Purdue, how hard his teams play. We tried to prepare our team for that, and I thought they responded really well. I wasn’t crazy about some of our poise in the first half; we tried to hit some home runs instead of singles. And in the second half, we really played smart both on offense and defense. I’m just really happy, because you can see that’s Big Ten basketball at a very high level. … That is intense basketball with an awful lot of speed and strength combined at the same time.”