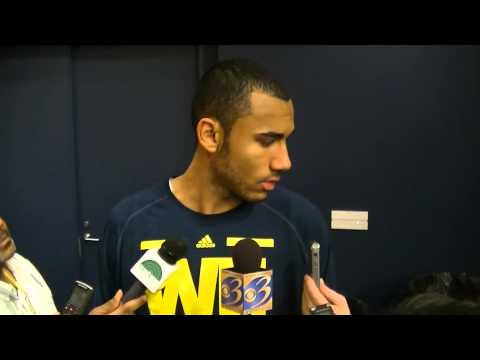 Burke and Robinson after the jump.