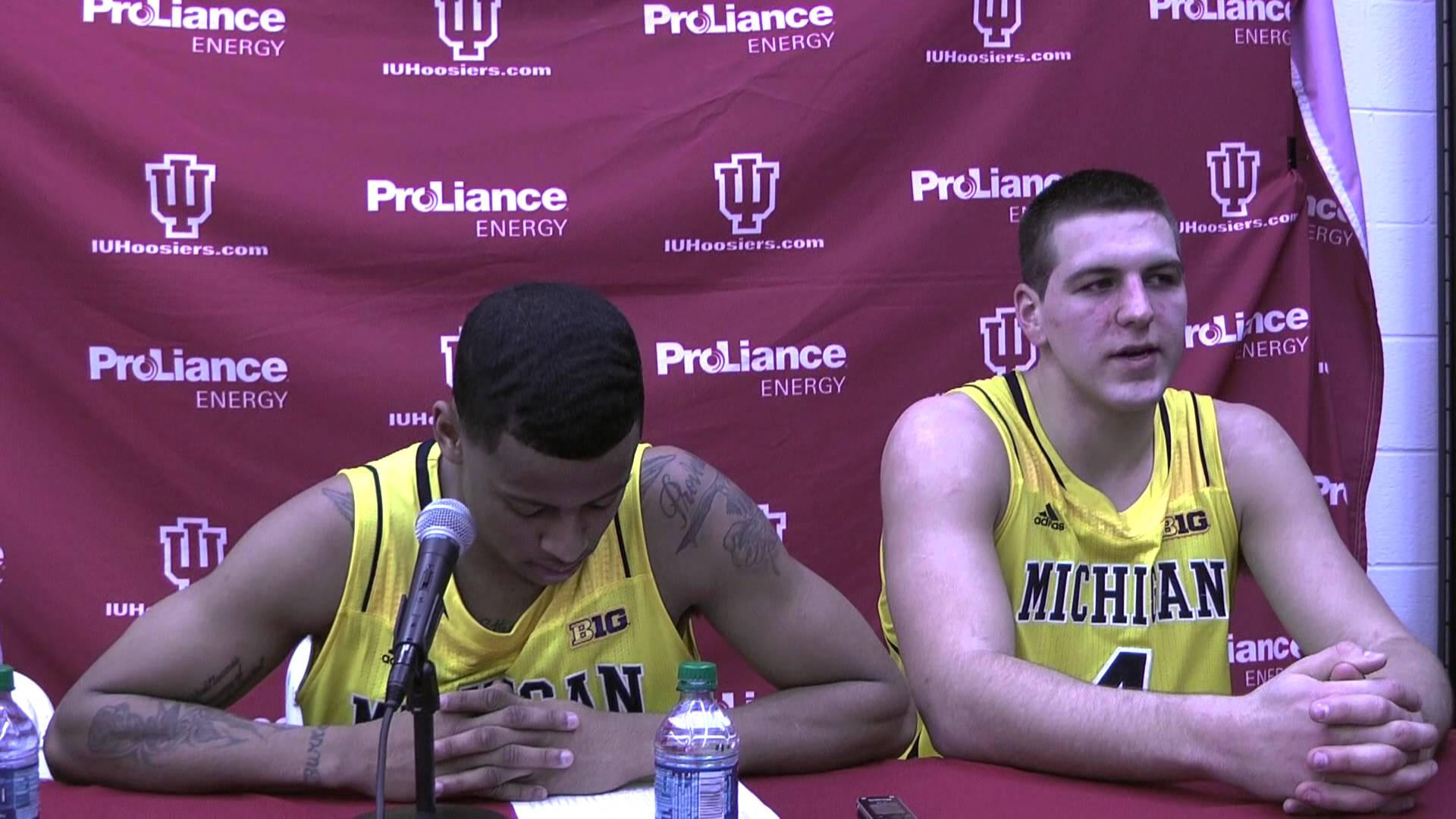 Mitch McGary and Trey Burke faced the media after losing at Assembly Hall on Saturday evening. Watch both players in the embedded media player below.

Find selected quotes after the jump.

Talk about the stretches where you got down:
“That’s something that we are continuing to try to make adjustments on and get better at. Coming out and throwing the first punch. Indiana is a really good team. Playing a great team on the road, you’re going to get everybody’s best shot. I think we did a good job responding to their punch. We just didn’t get over the hump.”

You played a little fast at Ohio State, did you play a little more at your pace today:
“At times it was, at times it wasn’t. I think we all made some plays to try to get us back into the game in the second half. That’s just something we’re continuing to get better at and we’re just trying to continue to learn from a team going on certain runs and responding to them at a poised pace. On the road against a team like Indiana, you have to stay poised when they go on certain runs. I think we did a good job at times throughout the game, but Indiana is a heck of a team. I’m glad we got the opportunity to play them tonight. We’ll get better from it and move on to the next game.”

Talk about trying to get Glen Robinson III and Nick Stauskas involved in the second half: “Indiana held the rails tonight. Kind of made us win the game from the point guard and center position. We just have to try to continue to get them good looks within our offense. Indiana did a good job of denying them. It was tough getting them the ball.”

On defending Cody Zeller:
“I think we did a good job defensively. He didn’t get too many easy buckets. But offensive rebounding, I made a couple of mistakes boxing him out when I was trying to help or block a shot and he got some easy buckets there.”

How much did the crowd play a role in your play tonight:
“It was just like the Ohio State game, but we came out more poised. It was a little bit louder. I think early on, we were ok with the noise. Every arena is going to have noise. They were just hitting shots and we couldn’t come back.”