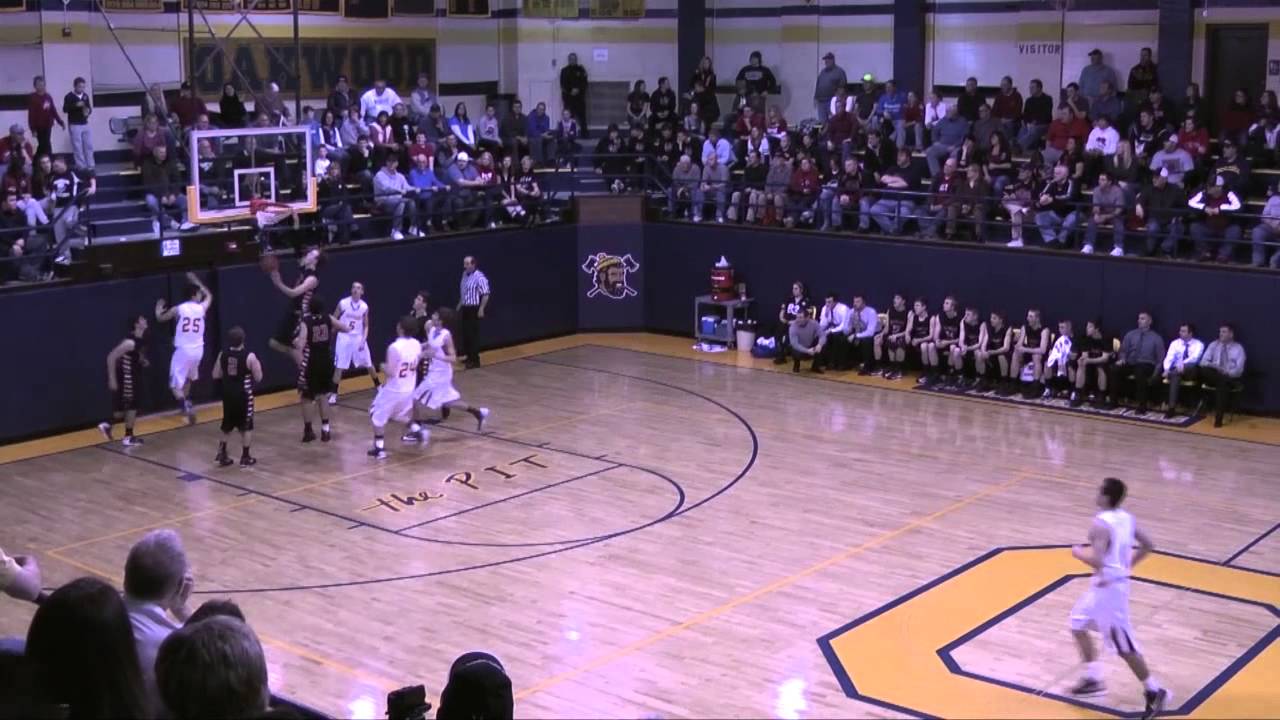 UM Hoops was in attendance to watch class of 2015 recruiting Luke Kennard on Friday evening at Oakwood High School. Kennard has emerged as a priority class of 2015 target for John Beilein and is staff and is all but assured to get a scholarship offer on June 15th, when Michigan will first offer class of 2015 prospects. The talented sophomore already holds offers from Ohio State, Indiana and others. The 6-foot-5 sophomore is averaging 28 points, 10 rebounds and five assists per game for Franklin (13-3, 9-0) this season.

Watch our scouting video of Kennard in the embedded media player below or find a full scouting report after the jump.


Kennard had 27 points in the 79-55 win over Oakwood. Playing against an over matched team, all facets of Kennard’s game were on display. The 6-foot-5 sophomore hit five triples on evening but also flashed a smooth mid-range game and demonstrated athletic ability around the basket with an emphatic one handed tip slam. While the competition was lacking, it was clear that Kennard’s game is very complete and mature for a sophomore guard.

Kennard’s offensive game starts with the three point shot  and he’s not lacking in any confidence from long distance. Kennard fired up a number of three point attempts, many from NBA range, and his lefty stroke is smooth and effortless, despite a somewhat flat trajectory. At 6-foot-5, Kennard’s height is more than enough to shoot over smaller defenders from anywhere on the floor and his release is very quick.

His offensive game extends beyond his shooting ability. The sophomore guard spent most of his time initiating the Franklin offense at the point guard position and was willing to get his teammates involved. He had a number of nice passes, including a bullet pass from beyond the three point arc to a cutter along the baseline. He also has a strong enough handle to weave his way into the lane. Although he missed a couple of looks around the bucket, Kennard demonstrated above average body control and was adept at drawing contact getting to the line. He also showed the ability to drill the mid-range jumper with as much ease as its longer cousin, knocking down a pair of 15 footers.

Franklin utilized a full court trap throughout the majority of the game and Kennard was active using his length in passing lanes. Oakwood didn’t have the ability to test his defensive prowess, but it’s clear that while on-ball defense might not be the strength of Kennard’s game, it shouldn’t be labeled a weakness. Kennard’s athleticism was on display with his one handed tip slam in the fourth quarter. He followed up a teammate’s missed layup in transition grabbing the ball off of the rim and elevating for the easy throw down with one hand.

With two years to play in his high school career. Kennard’s potential is through the roof. Few players have as mature of an offensive game at this stage in their development. The Franklin native has a game and skill set that would translate perfectly into John Beilein’s offensive system and appears to be the sort of versatile performer that could play multiple backcourt positions at the next level.