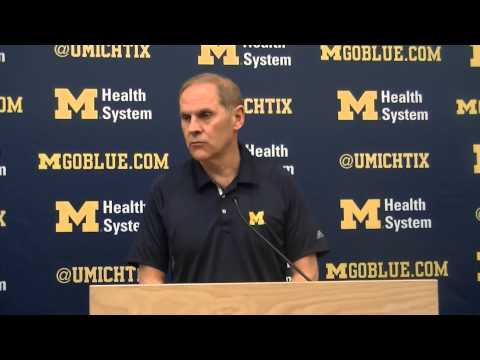 John Beilein and Trey Burke were both available to the media on Monday to preview Michigan’s home showdown with Ohio State on Tuesday. Beilein talked about how he’s preparing his team for it’s tough upcoming schedule, while Burke discussed his second match-up of the year with Aaron Craft. You can watch both of them during the press conference using the embedded media players below.

Burke is after the jump.