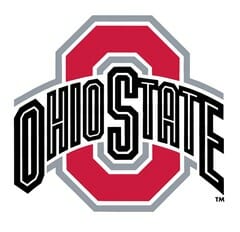 Michigan has the unusual pleasure of playing the top half of the Big Ten – Indiana, Ohio State, Michigan State, Wisconsin and Minnesota – on the road first or just once. Thus far the Wolverines are 1-2 on the road against the upper half but Ohio State’s trip to Crisler this evening will be the first of Michigan’s four pivotal home games against the top half teams.

John Beilein has made his team’s immediate goal very clear to fans and media alike: win the Big Ten regular season championship. The first prerequisite to winning a league title is defending home court. The Buckeyes are the highest rated team to travel to Crisler Center this season and will provide a stern test for a Michigan team looking to rebound off of a disappointing loss at Indiana.

While Michigan’s trip to Indiana featured the league’s two best offenses, the Wolverine-Buckeye match-up features the league’s best offense (Michigan) against its best defense (Ohio State). Ohio State has surrendered just .90 points per possession in league play thanks to foul-free, disciplined defensive basketball. Buckeye opponents go to the free throw line just 23 times per 100 field goal attempts and struggle to score the ball inside or out. Despite leading the conference in free throw rate allowed, Ohio State is also the best shot blocking team in the league. Big Ten opponents are shooting 43% on twos (2nd B1G) and 30% on threes (3rd B1G) for a 44% effective field goal percentage allowed (2nd B1G). Blessed with great perimeter defenders and length around the basket, Ohio State has set the standard in Big Ten defense this season.

Ohio State’s statistical profile isn’t nearly as sterling on the offensive end of the floor. The Buckeye offense is scoring 1.01 points per trip in league play (5th B1G) and has been the culprit when Thad Matta’s team struggles this season. Ohio State is shooting 49% on twos (5th B1G), 37% on threes (5th B1G) for a 50% effective field goal percentage (5th B1G) in league play. The Buckeyes are an average shooting team and seem to live or die with their shooting. OSU rebounds just 26% of its missed shots (10th B1G) and has coughed the ball up on 19% of its league possessions (9th B1G). Coincidentally, the majority of those turnovers have been unforced as the Buckeyes surrender fewer steals than any other league team.

Deshaun Thomas needs to be first, second and third on Michigan’s defensive scouting report. Thomas is averaging 20 points per game in Big Ten play while his teammates all check in under 10 points per game.  For my money, Thomas is the most effective pure scorer in the country. He’s shooting 50% on twos and 40% on threes for the Buckeyes despite using nearly 27 percent of Ohio State’s Big Ten possessions. Glenn Robinson III will draw the assignment and the Michigan freshmen will be looking to bounce back after one of his worst performances of the season on both ends of the floor at Indiana.

Thad Matta will lean on three primary guards, starters Aaron Craft and Lenzelle Smith Jr. with Shannon Scott off the bench. Craft and Scott are both terrific perimeter defenders. Craft’s defensive exploits have been well documented but Scott has the 12th best steal rate in the country. Scott is also Ohio State’s best setup man Scott is Ohio State’s best setup man but his production has dwindled of late offensively. The sophomore has an offensive rating under 100 in Ohio State’s last six games and is just 6-of-19 from the floor. Craft has also struggled with his shot in Big Ten play, connecting on just 22% of his threes but Smith has emerged as the most reliable peripheral scorer for the Buckeyes. Smith has connected on 46% of his Big Ten threes and also leads the team in defensive rebounding.

The ultra athletic Sam Thompson starts on the wing. He connects on 88% of his field goals at the rim but just 23% of his two point jumpers and 28% of his long range efforts. Amir Williams has taken over starter duties on the low block but Evan Ravenel still plays more minutes. Neither player is a high usage offensive threat but both are strong shot blockers, rebounders and able finishers on drop offs, alley oops and put backs.

Ohio State won the first match-up thanks to a hot start and suffocating defense but Michigan’s comeback effort shouldn’t be underrated. Michigan scored just eight points in the first 14 minutes of play and fell behind 29-8. As dreadful as the start of the game was for the Wolverines, the final 26 minutes featured a 44-27 Michigan advantage. Compare the first 20 possessions of the game to the final 39:

While the nature of the game undoubtedly changed after Ohio State’s torrid start – Thad Matta wanted to slow the game down as much as possible – the splits also show that the Buckeye offense isn’t consistent enough to avoid long cold stretches.

While Michigan’s defense struggled in Bloomington, this test will be about Michigan’s offense. The Wolverines need to prove that they can score the ball against Aaron Craft and Ohio State’s gameplan of “locking the rails”. The Buckeyes will attempt to bracket Burke and prevent him from distributing the ball to his efficient wing options in Glenn Robinson III and Nik Stauskas. This could provide a huge opportunity for Mitch McGary, Jon Horford and potentially Jordan Morgan to make an impact in the screen and roll game. It was McGary that played arguably his best offensive game of the season at Indiana when the Hoosiers utilized a similar game plan.

If the Wolverines can get even close to their 1.19 point per possession average scoring output, not even Deshaun Thomas will be able to help Ohio State keep pace. The Buckeyes have topped 1.08 points per trip just once in Big Ten play. Ken Pomeroy projects a 71-63 Wolverine victory, giving Ohio State just a 24 percent chance at the road upset.

This & That: The first 8,000 fans to arrive at Crisler will receive free Maize Out t-shirts. Michigan will wear maize-on-maize uniforms, maize shoes and maize socks against Ohio State. 2015 guard LaMonta Stone II is expected to visit for tonight’s game.