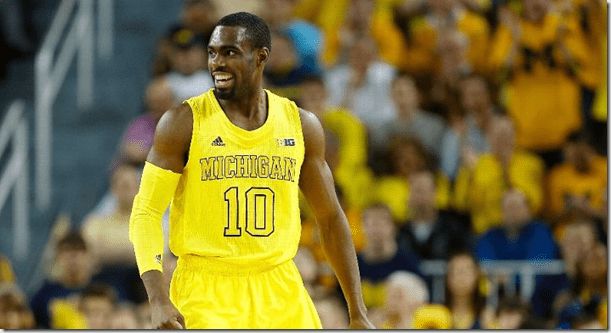 Michigan didn’t look like a team capable of stopping Ohio State more than a couple times on the evening. Luckily the Wolverines got the ball last in regulation and escaped to overtime. While Michigan’s defense was horrendous in regulation, it improved in the overtime period and held the Buckeyes to just two points in the extra five minutes.

It took a three point barrage – six on the evening – from Tim Hardaway Jr. to keep Michigan close in the second half and timely plays late from Trey Burke, Mitch McGary and Nik Stauskas to send the game to overtime. Burke missed a step back three pointer at the buzzer but provided three of Michigan’s four critical points in overtime. Both Trey Burke and Tim Hardaway Jr. blocked Aaron Craft’s two final efforts to help the Wolverines survive with a 76-74 victory over Ohio State. Full post game coverage to follow, here’s your post game thread.