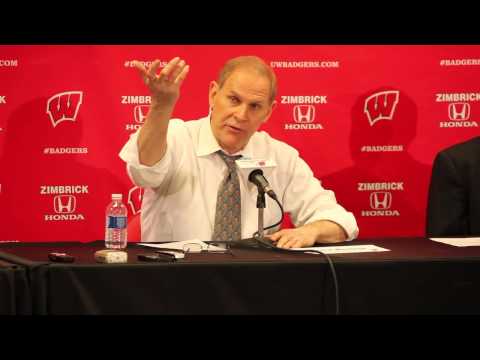 John Beilein talked with the media about Michigan’s 65-62 overtime loss to Wisconsin in Madison. You can watch the full post-game press conference below or read selected notes and quotes after the jump.