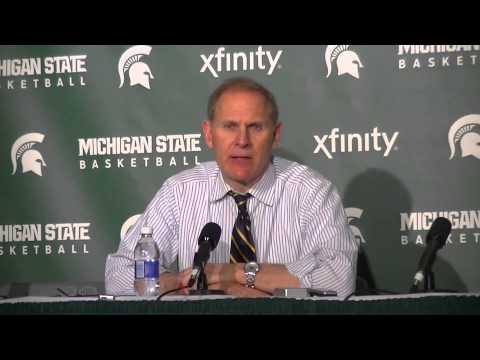 John Beilein addressed the media briefly following Michigan’s 75-52 beating in East Lansing. You can watch using the embedded media player below or read a full transcript after the jump.

Transcript after the jump.
Opening statement: “Michigan State, as you saw today, really has an excellent team. I’ve believed that all year long. They really played like that today. That was the worst we played in a long, long time and credit Michigan State for that. The experience in their post play was big. They really took care of the ball and offensive rebounded extremely well. There were so many things we played poorly in, it’s hard to put my finger on it. But Michigan State was excellent today.”