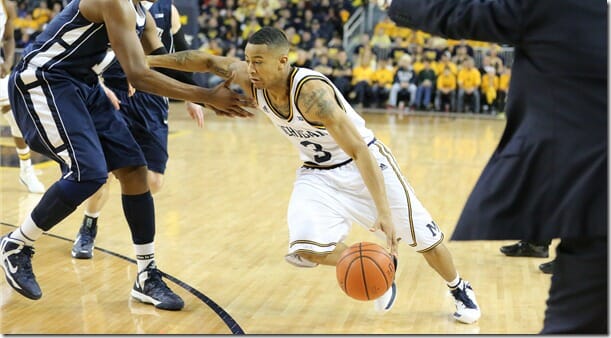 Michigan topped Penn State, 79-71, to remain two games behind the Big Ten leaders but did little to inspire confidence after its recent mid-season swoon in form. The Wolverines trailed for most of the first half before before managing to tie the game entering halftime. While Michigan led throughout the second half, the Wolverines’ advantage never felt comfortable and they never managed to extend the lead to double digits.

For long stretches it was the Nittany Lions, winless in Big Ten play, that looked like the team with more motivation, energy and execution. Trey Burke led the way with 29 points and five assists while Glenn Robinson III and Nik Stauskas both reached double figures with 22 and 18 points respectively.