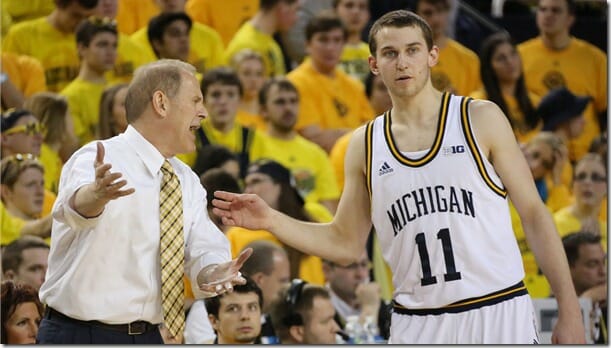 John Beilein hopped on the weekly Big Ten coaches teleconference on Monday afternoon. The coach talked about developing mental and physical toughness on his team, whether or not he’s still thinking about winning the Big Ten and more. You can read notes and quotes below.

Also a couple of housekeeping news bits. Michigan fell to No. 7 in the Associated Press Top 25 poll, marking the first time the Wolverines have been outside of the top five this season. Trey Burke was named Big Ten Player of the Week, much to Tom Crean’s chagrin.