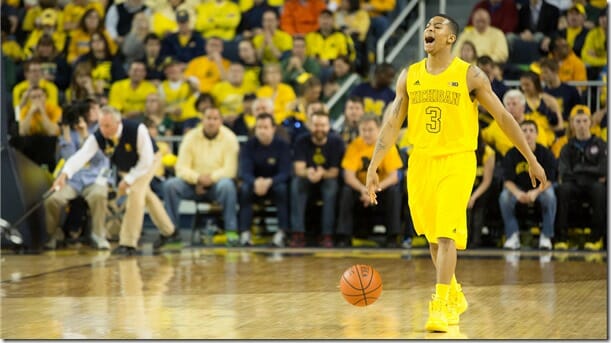 Michigan’s teetering Big Ten title hopes were rejuvenated on Tuesday evening as Ohio State won at Indiana. Michigan has to win at Purdue and against Indiana on Sunday to claim a share of the title for the second consecutive year.

The Indiana game will draw the headlines but tonight’s match-up at Purdue won’t come easy. The Wolverines have lost four consecutive games on the road and face a Boilermaker team that enters play after a marquee victory at Wisconsin over the weekend. Tip off is scheduled for 7:00 p.m. eastern on the Big Ten Network with with Shon Morris and Eric collins handling broadcasting duties.

Join in the discussion below before, during and after the game to share your thoughts, predictions and observations.