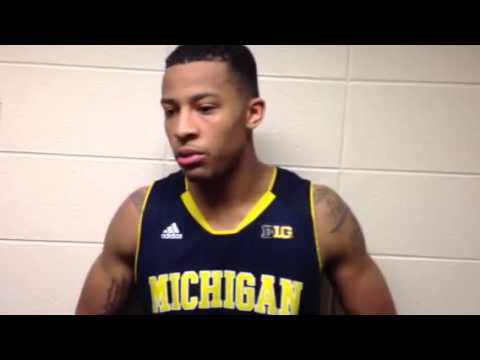 Trey Burke put Michigan on his back to down the stretch to lead Michigan to a comeback victory at Purdue. Burke finished with 26 points, 22 in the second half, and seven assists to just one turnover in the Michigan win. Watch what Burke along with teammates Nik Stauskas and Tim Hardaway Jr., who both hit critical shots in Michigan’s comeback, had to say in the embedded media player below.

Stauskas and Hardaway after the jump.