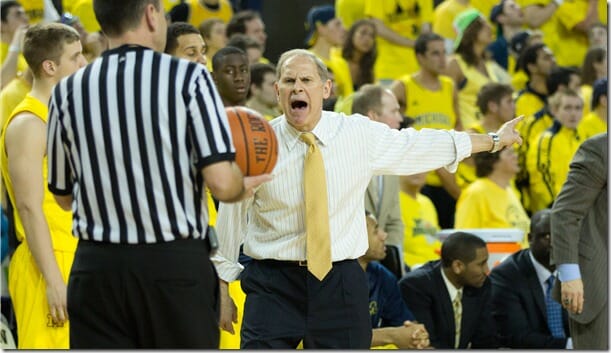 John Beilein joined the rest of the Big Ten coaches on this week’s teleconference Monday morning. Beilein addressed Michigan’s tough loss on Sunday against Indiana as well as the altercation between Tom Crean and Jeff Meyer. You can read the full transcript of the call below.

Opening statement: “It was a terrific basketball game here in Ann Arbor yesterday. Our home crowds continue to amaze me with how loud and supportive they’ve been all year long. The atmosphere, you couldn’t touch. It was a disappointing loss, but a heck of a basketball game. We’re just moving forward and getting ready for the Big Ten tournament.

More quotes on the post-game altercation between Jeff Meyer and Tom Crean after the jump.