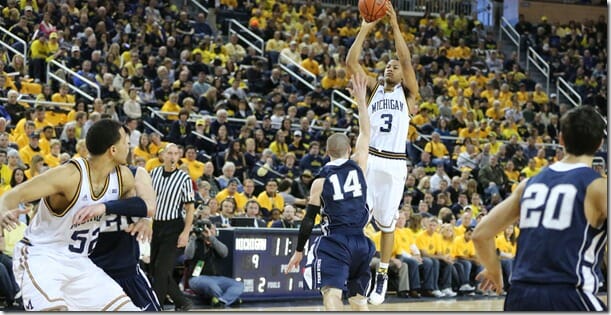 Michigan opens Big Ten Tournament play this afternoon at approximately 2:30 eastern time at the United Center in Chicago. The Wolverines will face off against a Penn State team that handed them their most embarrassing loss of the season just a few short weeks ago at the Bryce Jordan Center.

Michigan-Penn State will be televised on the Big Ten Network but reference the Big Ten Tournament bracket for full times and television listings. We’ll start the open thread a bit early to cover tournament play throughout the day.