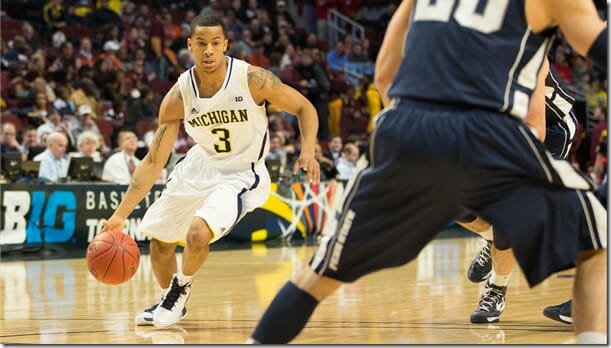 If Jordan Morgan‘s performance was to be believed, Michigan wasn’t quite over its heartbreaking defeat to Indiana when it took the floor at the United Center on Thursday afternoon. Morgan missed four of his first five layups and was a critical reason that Penn State opened up a 14-3 lead out of the gate.

Just as three weeks ago at State College, Michigan found itself up 15 with 10:22 to play in the game. Most don’t need reminding that Michigan was outscored 33-12 over the final 10:30 in that game to suffer its most shocking defeat of the season but this time around, the Wolverines finished the job. Michigan extended its lead over the game’s final quarter and prevailed with a 83-66 win.