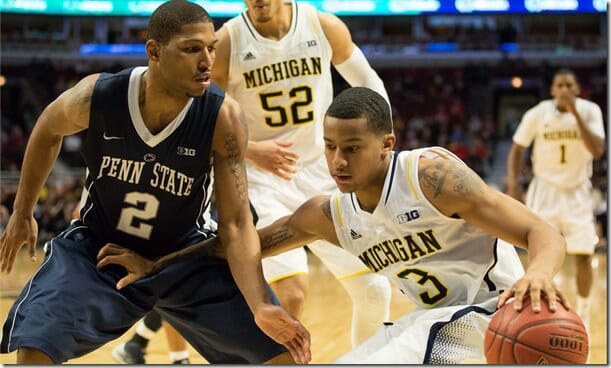 Michigan faces off against Wisconsin this afternoon in Big Ten Tournament quarterfinal action. The Badgers will be playing their first game in Chicago while Michigan topped Penn State on Thursday afternoon. Will Michigan benefit from the early adjustment to the United Center on Thursday or will the Wolverines suffer from tired legs. John Beilein will hope for the former as Michigan looks for a second win at the Big Ten Tournament for the first time since 1998.

Tip off is scheduled for 2:30 eastern time with Mike Tirico and Dan Dakich on the call for ESPN. Join in the discussion below before, during and after the game to share your thoughts, predictions and observations.