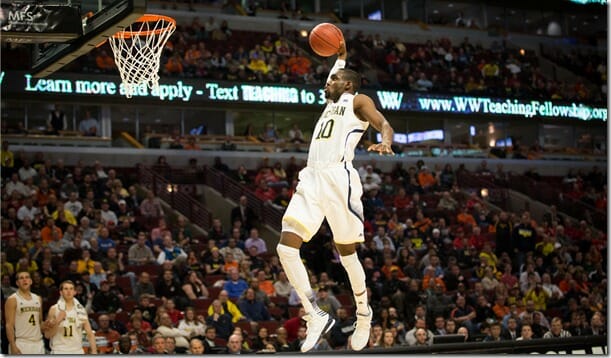 Michigan will open the NCAA tournament against South Dakota State on Thursday, March 21st at the Palace of Auburn Hills.

Michigan’s game will be a part of Thursday’s second session at the Palace with tip off scheduled for 7:15 p.m. eastern on CBS. Verne Lundquist, Bill Raftery and Rachel Nichols will handled the broadcast.

South Dakota State is rated the No. 101 team in the country by KenPom.com. The Jackrabbits tied for the Summit League regular season title with a 25-9 (13-3) record before winning the conference tournament.

Should Michigan advance to the round of 32, the Wolverines will face the winner of No. 5 seeded VCU and No. 12 seeded Akron.

John Beilein has played NCAA tournament games at the Palace of Auburn Hills before. In 2006 he led No. 6 seeded West Virginia to wins over Southern Illinois and Northwestern State to advance to the Sweet 16.