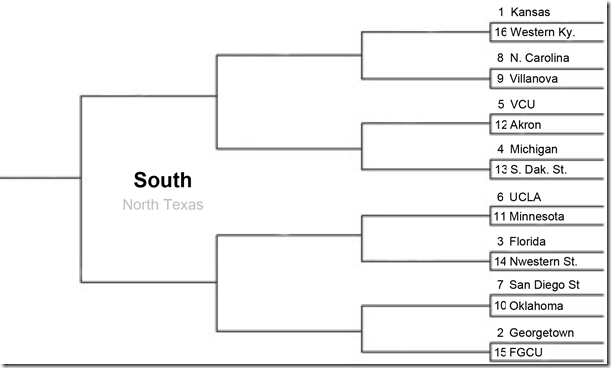 Michigan will open the NCAA tournament against South Dakota State just 50 miles away from home at the Palace of Auburn Hills.

Michigan’s opening game will be at 7:15 p.m. and televised on CBS, broadcast by Verne Lundquist, Bill Raftery and Rachel Nichols. The game is part of Thursday’s second session ticket at the Palace of Auburn Hills.

If Michigan tops South Dakota State, the Wolverines will face the winner of No. 5 VCU and No. 12 Akron. The winner of that game will advance to the Sweet 16 in the tournament’s south region.

View a full television schedule for the opening rounds of the NCAA tournament here.

All NCAA tournament broadcast will be available over the internet at NCAA.com/MMOD. As well as on the NCAA March Madness app on the iPhone, iPod and select Android devices.