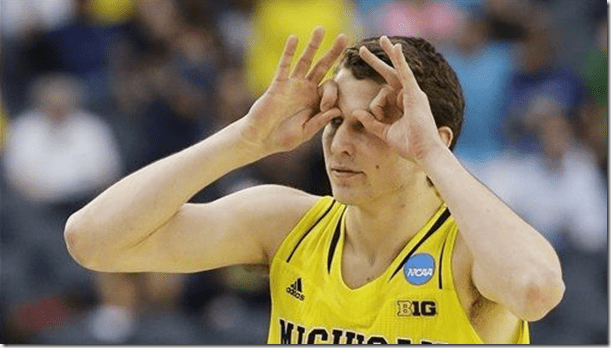 Michigan is going to the Final Four.

The Wolverines left no doubt in Arlington, Texas as they dismantled the Florida Gators from the opening tip. Michigan opened the game on a tear as 13-0 start turned into a 23-5 lead which ballooned to 41-17 late in the first half. Florida would make things more competitive in the second half but never truly threatened the Wolverines as they coasted to a 79-59 victory.

Individually it was a showcase day for Michigan. Mitch McGary had eight points and six rebounds by the first media timeout; he finished with 11 points, nine rebounds and five steals. Nik Stauskas knocked down his first five three point attempts; he finished with 22 points. Trey Burke was simply Trey Burke, managing the game to perfection; he finished with 15 points, seven assists and seven rebounds. Spike Albrecht even added seven points, four steals and an assist off the bench.

The Wolverines played undoubtedly their best game of the season with the most on the line and will march into Atlanta with their heads held high.