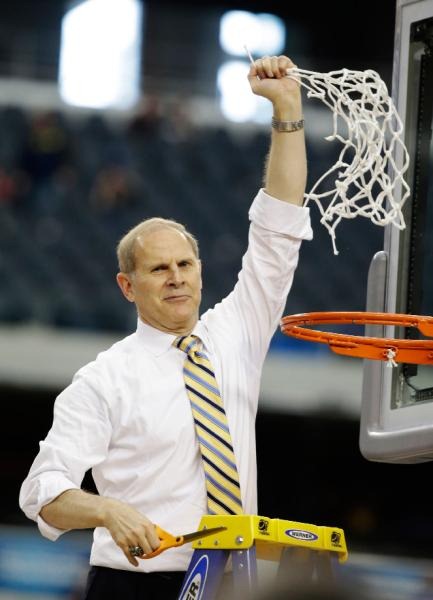 The bubbly I’m pouring wasn’t popped yet
Before there was an audience to watch us
I assure you
There was a process
Nas, “Back When” from Life is Good

John Beilein loves the process. It defines his teams, his career and who he is as a coach. It’s in the most common refrains of not just his vocabulary – “We have to continue to get better every day” – but the vocabulary of his players, as well.  The process dictates the way he describes everything from basketball to life. Even after Michigan’s Sweet Sixteen victory over Kansas, Michigan’s defensive angles weren’t bad or even mistaken. To Beilein, they were “still a thing we just have to continue to learn.”

When asked a question this weekend about Mitch McGary’s production, Beilein never came close to mentioning his freshman’s numbers. Instead, he talked about the process: “it has been such a great progression for him, to watch him get better and better, his practice habits, getting in shape, the weight room, everything that he’s worked at this year just to continue to progress as a player.”

John Beilein loves the process. And it’s a good thing, too, because it’s been a hell of a process getting Michigan from where it was when Beilein arrived in Ann Arbor six years ago to where Michigan stands now after running Florida out of Jerry Jones’s football megachurch in Dallas — as one of the final four teams standing in the NCAA tournament.

In 2007, Beilein accepted the job at Michigan knowing very little about the current state of the program. He didn’t even inquire about the facilities.

“I came in and took the job without looking at the facilities. There were some times when I said, whoa, you’ve bit off a lot right now, coach. You’ve gotta work. But I’m glad I did it.”

In fact, if Michigan had been a winning program when he took over – which is pretty much the opposite of what it was – Beilein said he might not have taken the job.

“Knowing that the opportunity was there to really do something special – because they hadn’t been winning,” Beilein said. “If they had been winning like crazy, I might not have been as driven to them. But the fact that there had been this hiatus of 10 years, that was what really drove me to them.”

While the process of bringing a disgraced program back to national prominence was arduous – progress was sometimes slow, the depths sometimes demeaning – Michigan had found the right man to do it. Beilein won only 10 games his first year, the only silver lining being that almost nobody watched the games. In his second season, with a few more people watching, Beilein took Michigan to the school’s first NCAA tournament in 11 years. Now, with the whole country watching, Beilein has Michigan playing its best basketball since five trash-talking superstars took over the basketball world for two crazy years in early 90’s.

The process has finally come to fruition. And boy, is it sweet.

“It’s hard to put into words what this means,” said Josh Bartelstein, team captain and walk-on senior. “It’s awesome for all of us, but it’s also awesome for everyone who’s ever been a part of this program and gone to this great University. It’s for all of them. Zack Novak, Stu Douglass, all the guys who set the table, this is their hard work and it’s showing this year. It’s an unbelievable feeling.”

“I can’t even describe this right now,” said freshman high flyer Glenn Robinson III. “We’re so excited.  We poured Gatorade on coach. This hasn’t happened in 20 years for us, so it’s just crazy and we’re blessed to have this opportunity.”

Because here’s the thing: without a goal, the process means nothing. Yes, John Beilein loves the process. He loves developing players, he loves teaching teams and he loves building programs. But all of the building he’s done over his expansive and nomadic coaching career has been for this, right here, what he did on Sunday afternoon. That’s what has made the process, a thing he values so much, sometimes so difficult to stomach.

“As a young coach, it bothered me to lose more even then (When he was at smaller schools) because the only way I was going to become a Division I coach is if we won a lot of games in Division II. So it would bother me.

“I dreamed of (The Final Four). I wanted to get there.”

He, and Michigan, are there. And there’s even more good news for Beilein.

The process isn’t over yet.