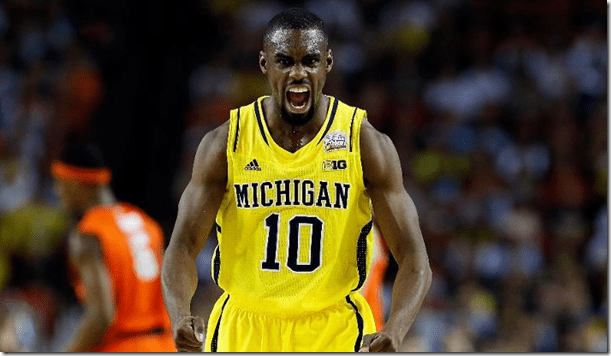 ATLANTA – For 20 minutes, Michigan’s appeared to be on its way to steamrolling another ballyhooed defensive scheme. The Wolverines had already defeated Havoc, survived Kansas and dismantled Florida. Syracuse’s oft-hyped 2-3 zone looked like it was going to be next on the victim list.

Michigan scored 36 points on just 27 first half possessions; an impressive 1.33 points per trip in the first frame. The Wolverines were patient offensively and were lifted by timely production from their bench. Michigan’s top four reserves all found the scoring column – in the first half – and combined for 16 first half points.

Going to the free throw line with 28 seconds to play Trey Burke missed one of two free throws and left the door open for the Orange once again. Jordan Morgan would be Michigan’s final hero. The 6-foot-8 big man took a charge with 19 seconds to play as he slid in front of a Brandon Triche, who was driving for the potential tying basket. Then after Jon Horford also split a pair of free throws, the Wolverines held once again and Jordan Morgan sealed the game with a dunk to cement the 61-56 victory.

The win means the Wolverines will head back to the Georgia Dome on Monday and play for their second National Championship in program history against Louisville (9:23 p.m., CBS).