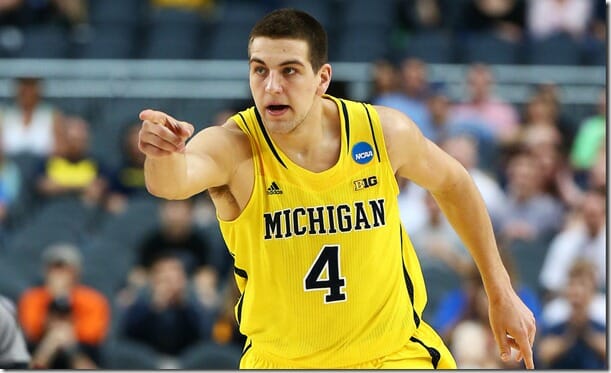 Michigan takes the floor tonight on the game’s biggest stage: The Final Four. The Wolverines will face Syracuse’s 2-3 zone as John Beilein looks for his first victory over Jim Boeheim in his 10th try and a chance to play Louisville for a National Championship.

Tip off is scheduled for  9:21 p.m. (eastern) on CBS (streaming here) with Jim Nantz, Clark Kellogg and Tracy Wolfson handling broadcast duties. Join in the discussion below before, during and after the game to share your thoughts, predictions and observations.