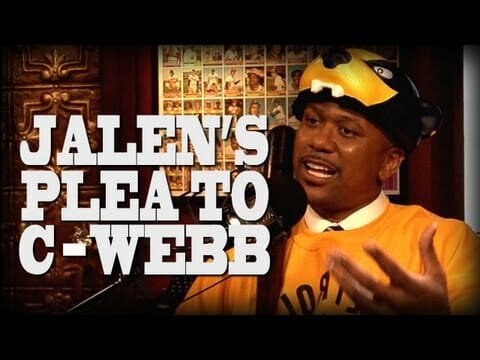 Jalen Rose is flying on Magic Johnson’s plane to Atlanta and will be in attendance for Michigan’s Championship Game on Monday night. He wants his Fab Five teammates to join him.

While recording a special edition of Bill Simmons’ podcast, Rose pleaded for the Fab Five to reunite at the Georgia Dome on Monday. Rose said he expects Jimmy King and Ray Jackson to be in attendance and added that Juwan Howard is likely to join as well.

“While [Chris] loves us like brothers, and vice versa, there has been a communication separation that has basically taken place since we all were teammates,” Rose explained to Simmons. “I think the timeout had a lot to do with it.

“Here’s what I mean. I think he wants to disassociate himself with that moment (the timeout), and with the school, in theory with us to kind of rebuild his life mentally to say, ‘My career really started my rookie year in the NBA.'”

The majority of Rose’s frustration stems from the fact that Chris Webber lives in Atlanta and is expected to be in town on Monday.

“He lives in Atlanta and the network that he works for has a show Tuesday night. So Monday night the world knows that he’s going to be in Atlanta,” Rose told Simmons. “So its almost like a flagrant omission for him not to come.”

Although he hasn’t spoken with Webber, he reached out his former teammates via text message to organize the reunion – including Chris.

Rose wants the Fab Five to reunite because he thinks it would be special for a group that idolizes the former Wolverines.

“How about just be there for Trey Burke, Tim Hardaway Jr. and Glenn Robinson III, players that idolized us,” said Rose. “Tim Hardaway Jr. has been walking around campus with a ‘Free Fab Five’ shirt for three years.”