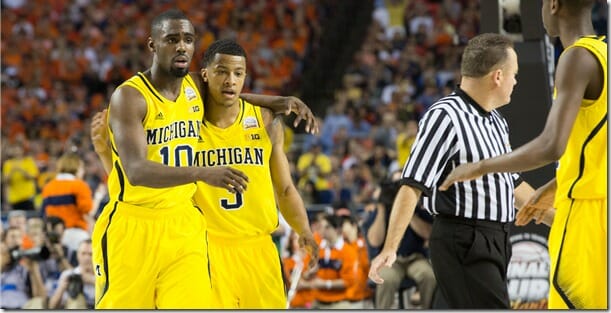 There’s no next game. Michigan or Louisville will cut down the nets tonight in Atlanta as champions. Michigan’s season has seen its fair share of ups and downs but the Wolverines have reached the season’s final day flying high.

Tip off is scheduled for 9:23 p.m. (eastern) on CBS (streaming here) with Jim Nantz, Clark Kellogg and Tracy Wolfson handling broadcast duties. Join in the discussion below before, during and after the game to share your thoughts, predictions and observations.