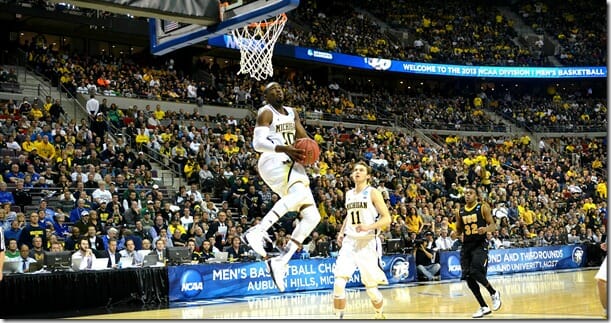 Tim Hardaway Jr. will forgo his senior season and enter the NBA Draft. Hardaway has a press conference scheduled for 3 pm this afternoon.

“After talking it over with my family, the coaching staff, and others in my support system, I have decided to pursue my dream of playing in the NBA,” said Hardaway. “I have appreciated everyone’s support and patience while I made this decision. It has always been a dream of mine to play in the NBA and I feel that I am ready to work toward this dream.

Hardaway is the second Michigan player to enter the NBA Draft early this season, joining Trey Burke. Glenn Robinson III and Mitch McGary, both projected as first round picks, have yet to announce their college decisions.

Hardaway averaged 14 points and five rebounds in his junior season and 14 points per game over his three year career in Ann Arbor.