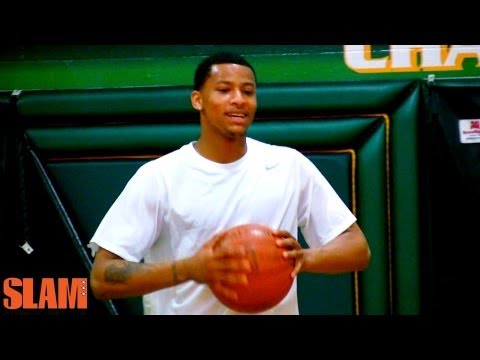 Ty Kish and Slam Online’s Rodger Bohn were present at one of Trey Burke’s NBA Draft workouts last week. Burke, who opted to enter the draft after his sophomore season, is projected as a top five pick in the 2013 NBA Draft.

Chad Ford wrote this afternoon that multiple GMs have informed him that Burke could be the No. 1 pick in the draft if the Magic, Kings, Pelicans or Jazz end up with the first pick in the lottery.