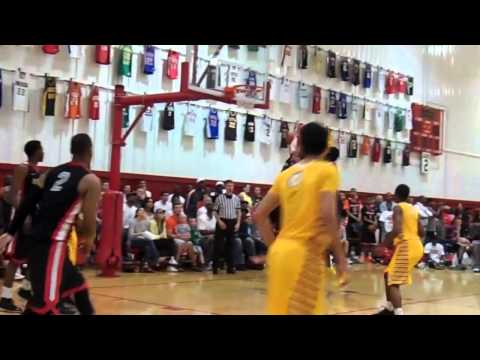 Trevon Bluiett was on fire throughout the weekend at the 2013 Spiece Run-n-Slam in Fort Wayne over the weekend. Bluiett helped his Spiece Indy Heat team to the semifinals on Sunday and had big performances against including 26 points against Team Thad and a great defensive showing against Kevon Looney and the Milwaukee Runnin’ Rebels. Here’s footage of Bluiett in action.