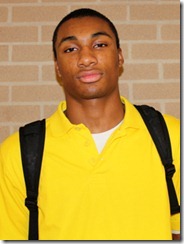 Zak Irvin committed to Michigan nearly two years ago in summer of 2011 and has emerged as the top rated prospect in Michigan’s Class of 2013. Irvin took home Indiana Mr. Basketball honors and will look to step into the role vacated by Tim Hardaway Jr. in his first season in Ann Arbor. We caught up with Irvin to discuss his senior year, the transition to college and much more.

Describe your reaction when you found out you won Mr. Basketball in Indiana.

“I was so happy. I was just glad all my hard work paid off. It’s just an honor and a blessing to be put in the same category as all the other Mr. Basketballs of Indiana.”

Did it add a little extra knowing that Gary Harris won it the year before?

“Yeah. Our school was the first school ever to have back-to-back Mr. Basketball. It’s nice for Gary and I to go down in history together.”

Are you looking forward to playing against Harris in the Big Ten now that we know he’s coming back?

“Yeah. We’re best friends off the court, which is always good. It’s going to be nice to go against him at least twice a year starting next year.”

Is there any trash talk between you two?

“Nah, when we were younger, before he got into college, we used to joke about it. But now, he’s in college now and I’m about to be in college, so we don’t really joke about it much anymore.”

You’ll be going up against a bunch of former AAU teammates in college (Basil Smotherman at Purdue, Devin Davis at Indiana). Is that something you talk about with them?

“Yeah. Now that’s a whole different story. We’ll trash talk for days. Basil, Kyle and Devin, all of us. We’re glad to all be playing in the same conference. It’s pretty cool for us to be playing together in high school for AAU and now be meeting each other in college.”

Did that ever add anything to the competition during practices for AAU?

“Yeah, it could be at times. Just seeing as how they were players already committed. At that point in time I wasn’t committed. In all, we were just making each other better.”

Your prep career didn’t end the way you wanted it to. How are you using that experience now?

“I look towards it now as a new chapter of my life. I know this year didn’t go the way I wanted it to, but I just have to move on. Everything happens for a reason. And now, my motivation is toward next year, my freshman year, and showing everybody what I’m capable of doing.”

What did you improve the most about your game over the winter?

“I would say being able to attack the basket. With Gary last year, he did most of the attacking the basket and I was ready to knock down open shots when he kicked it out. Definitely this year, not having him by my side, I had to show more of my game. I was able to get to the rim when I wanted, and then shoot my jumpshot.”

What was it like watching Michigan make their run in the tournament?

“It was awesome. Especially because I told people before the tournament started that Michigan had a great chance to win it all. They laughed at me, didn’t think Michigan would be able to get it done. It was great to see, just the run that they made, and watch them come together as a team. You know, they fell short, but we showed what we’re capable of doing.”

So you called it, basically.

“Yeah, I did. I knew what they were capable of doing.”

What would you say is your ideal position at Michigan?

“I’m a wing player. Shooting guard, small forward. If I’m needed to, I can play point.”

Does Tim Hardaway Jr. leaving open up some opportunity for you to play right away?

What do Michigan coaches have you working on to prepare for the college game?

You’ll be playing alongside a bunch of Indiana natives at Michigan. How do you see the connection between the state of Indiana and Michigan basketball?

“A lot of kids are leaving Indiana and going on to the Michigan. I think that just speaks volumes about how good of a program the University of Michigan is.”

You roomed with Derrick Walton during the 3-point shootout in Atlanta during the Final Four. How much are you looking forward to playing with him next season?

“Derrick and I have been playing against each other since seventh grade, so it’s going to be nice having him as a roommate but also as a teammates because we never really played with each other before.”

“Oh, it was awesome. Especially with the Final Four going on, It was really cool to see the atmosphere and everything.”

Do you model your game after any particular player?

“To be honest, I really don’t. I try to play my own style of game, I don’t try to model off anyone.”

Who’s your favorite player to watch in the NBA?

You and Nik Stauskas will get along great.

What artists are on your playlist right now?

I like to listen to Meek Mill, 2 Chainz, A$ap Rocky. All the hot artists and all the hot music out.”

“I’m going to be in the business school, sports management.”

If you’re not playing basketball, what are you most likely doing?

“Hanging out with friends and playing video games.”

“I would say, everything happens for a reason. Control the things you’re able to control.”