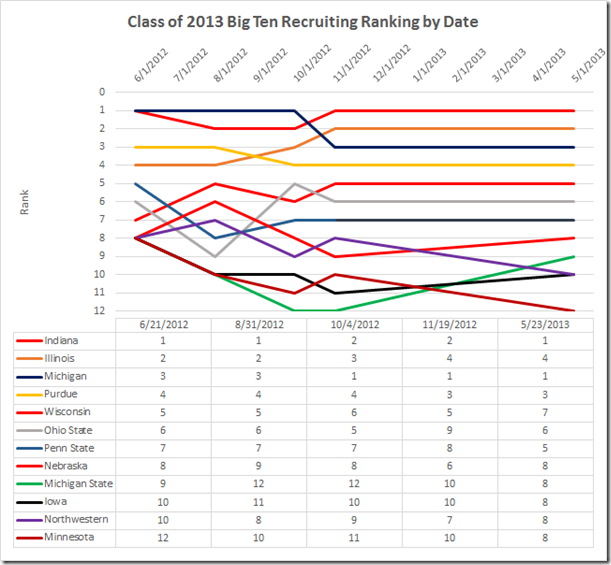 When we posted updated Big Ten recruiting rankings a month ago we thought we were nearly at the end but there’s been additional action across the conference. Michigan State and Minnesota added recruits and several services updated their rankings one final time. We also added in rankings from 247 Sports including their team composite ranking as a reference point (national ranking in parentheses).

After the jump we look team-by-team across the league, a breakdown of the top ten incoming recruits in the conference, and a bonus historical chart of recruiting rankings over the last year.

Zak Irvin gets a fifth star from ESPN.

Graham Woodward moves up to a 3-star on ESPN.

Tai Webster drops to a 3-star on ESPN.

Ellis commits to MSU after decommitting from Minnesota in early April.