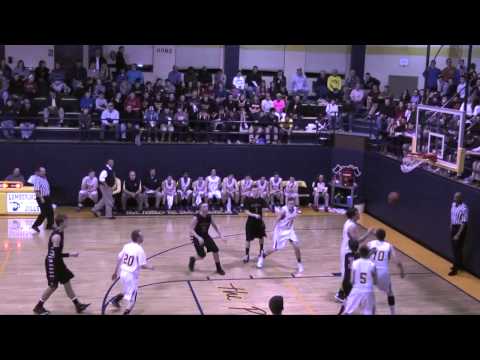 In a move that surprised no one, Michigan extended an official offer to Luke Kennard on Saturday afternoon. The Franklin, OH native already holds offers from Ohio State, Indiana, West Virginia, Iowa, Cincinnati, Xavier, Miami of Ohio and Dayton, and is fielding calls from the likes of Kentucky, Duke and North Carolina. We got a chance to talk with Kennard about receiving the first Michigan offer in the class and his upcoming visit to Michigan later this month and much more.

How’s the summer  gone for you, basketball-wise?

Can you tell me about the schools who called you on Saturday?

“You know, at first it was just a normal conversation about how we were doing, about how we’re going up to the team camp in a few weeks (June 28th). Then they were saying how I would just fit that program really well. Coach Beilein told me that he would love to coach me one day and that they could see me in a Wolverine uniform. … All of them were in the room, on speaker.”

How did it feel to get that offer?

“I’m just very blessed, I’m excited about it. I have a few more offers, so I’m just going to take it all slow, but I’m going to have to narrow it down soon.”

Do you have a timeline for your decision?

“I’m pretty much just taking it as it comes. Me and my parents and my high school coach were just talking about possibly the beginning of junior year and on, but, you know, that can always change if I feel comfortable with that school.”

“We’re definitely going to have to be talking about it. There are a lot of schools, it’s hard to put them in a top five or a top 10. We’re just going to have to think about that and talk about it in the near future.”

You’ve been taking quite a few visits recently (to Indiana, North Carolina and Ohio State). Was there anything that stood out to you about those visits?

“Definitely just the facilities that they have. They’re unbelievable. Ohio State is building some new facilities, which are unbelievable. North Carolina’s are just awesome, and so are Indiana’s. So that really stood out to me. And just the coaching staffs on all the schools. They’re just great coaches, you can tell. Those are probably the things that stood out.”

Which schools are going after you the hardest recently?

You’ve played football throughout high school, what are your thoughts on continuing with that versus focusing on basketball?

“I’m going to play football this year, see how that goes. I like playing both a lot. … My coaches have been telling me that they think I could be a really good quarterback. I’ll just have to wait and see what both sports take me to.”

When are you coming to Michigan?

“The coaching staff is unbelievable. Their player development is top-notch, one of the best in the country. They improve players every year. Definitely the facilities and the academic part. All of the things I’ve said I liked about a school, they have.”