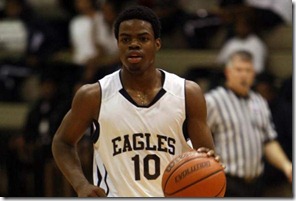 Last season, the preparation for the Michigan basketball team centered around making sure the five — count ’em — five true freshmen were ready to play and contribute. For some, like Glenn Robinson III and Nik Stauskas, it was apparent they were ready immediately. For others, like Mitch McGary, Spike Albrecht and Caris LeVert, it took a significant portion of the season to reach their groove.

This season, Michigan’s coaching staff finds itself in a similar position. While there are just three freshmen coming in and more experienced options, the Wolverines will be implementing a first-year starter at point guard, whether it’s freshman Derrick Walton or the sophomore Albrecht.

For John Beilein, this is the new normal. And whether he likes it or not, that’s the way it is.

“I have to get used to it. It’s part of what basketball has become at this level,” Beilein said while meeting with media on Thursday. “We just have to embrace it. It’s always going to be a challenge, as guys leave early. You have to replace them. We have to adapt and make sure we try to have enough in backup to still compete.”

“Backup” for next year’s team comes in the form of Indiana’s Mr. Basketball (Zak Irvin), Michigan’s Mr. Basketball runner-up (Derrick Walton) and a versatile big man just out of the Top 100 (Mark Donnal). For backup, it’s not a bad situation.

But while all of those players are talented, they will still be receiving a year-long crash course in the college game. How they respond is still unknown. As a point guard, Walton is the player with arguably the most responsibility on his shoulders as a freshman.

For Beilein, the key is mitigating whatever pressure Walton may feel to emulate Michigan’s recently-departed lottery pick, Trey Burke.

“This is exceptional, that these two were able to it so quickly. Darius had an incredible sophomore year, but there were ups and downs in his freshman year. Trey really had a spectacular year. So, everybody’s different,” Beilein said. “We just have to see what he does and guide him along the best path we know. I know that Derrick here has more competition, with Spike, than Darius … and Trey walked in and Darius was gone. This will be good. This will be really good.”

Beilein mentioned one point that’s easy to overlook: Michigan fans may hold the assumption that Walton will get to Ann Arbor and be handed the reins to the point guard position. However, this isn’t the case. Beilein emphasized that there will be competition between Albrecht and Walton from the first day of practice.

After all, Albrecht played fantastic throughout Michigan’s run to the national title game. So while some fans may view Albrecht as an “insurance policy,” you can bet that Albrecht does not see himself that way.

“We all talk about the Louisville game, but (Albrecht) had a great, great NCAA tournament. That pass against VCU is on our highlight film,” Beilein said. “He doesn’t see himself as an insurance policy. He sees himself competing for a lot of playing time.”

During the summer, who will start Michigan’s first game is far from Beilein’s mind. He is constantly evaluating, and the competition between the two guards will undoubtedly benefit them both in the long run.

Irvin presents another case of a talented freshman who will compete for playing time. The swingman will have plenty of tools at his disposal — Irvin is a terrific shooter with a penchant for great defense.

“We’re getting great reports right now of just how he’s playing in those all-star games,” Beilein said. “I think it’s well-documented: he’s a knock-down shooter; if you can get a freshman to come in here and really play good defense — Tim and Trey would come in here and lock up some people last year.”

In fact, Beilein said, that is the number one sure-fire way to earn coveted playing time as a first-year player.

“That’s always the easiest way for a kid to get on the court — be a really good defender,” Beilein said. “Let the rest of the things take care of themselves. I think you talk to Derrick and Zak about that, and they like it, because I think they both really like to play defense.”