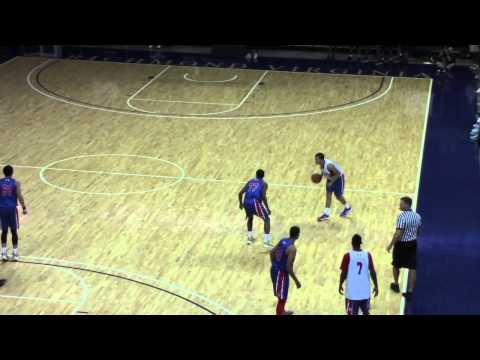 Brunson, a 6-foot point guard, is a five-star prospect and ranked as the top point guard in his class and #20 overall according to ESPN.com. Brunson received the offer while on an unofficial visit to Michigan on Saturday. Brunson added Oklahoma State and Kansas offers earlier this week and is  also hearing from Virginia, Temple, Missouri, Connecticut, Creighton, Tulsa, DePaul, Illinois, Purdue, Xavier and SMU.

The Illinois native averaged 11.8 points and 5.7 assists per game while playing up at the 17U EYBL level to lead the Mac Irvin Fire to an 11-7 record and a Peach Jam berth. The son of NBA assistant coach Rick Brunson, the point guard also led Stevenson High School to the Illinois Class 4A State Championship Game before falling to Jabari Parker and Simeon.

Brunson is the third prospect that the Wolverines have offered in the class of 2015 with other offers to wing guards Luke Kennard and Jalen Coleman. Find a full run down of Michigan’s 2015 recruiting targets on our recruiting board.