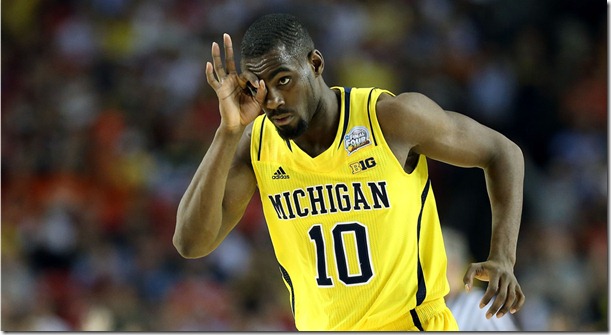 After opting to forgo his senior year at Michigan, Tim Hardaway Jr. has been drafted by the New York Knicks with the No. 24 pick in the 2013 NBA Draft.

Hardaway’s selection marks the first time since 1994 (Jalen Rose and Juwan Howard) that two Michigan players were selected in the first round after Trey Burke was selected ninth.