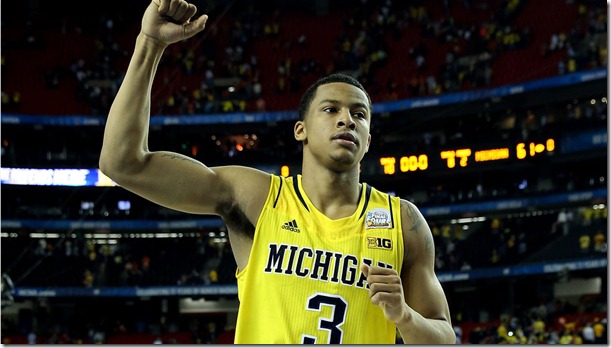 The Minnesota Timberwolves selected Trey Burke with the ninth pick in the 2013 NBA Draft and traded him to the Utah Jazz, according to Yahoo! Sports’  Adrian Wojnarowski.

Burke, the consensus college player of the year, averaged 18.6 points, 6.7 assists and 3.2 rebounds per game while leading Michigan to the National Championship game. The 6-foot-1 point guard was projected as high as No. 2 overall in the draft but most pundits expected him to be drafted in the No. 6, 7 or 8 slots in the draft. The Detroit Pistons had an opportunity to take Burke at No. 8 but opted with Kentavious Caldwell-Pope instead.

Burke is the highest drafted Michigan player, and first 1st-round selection, since Jamal Crawford was selected 8th in 2000.